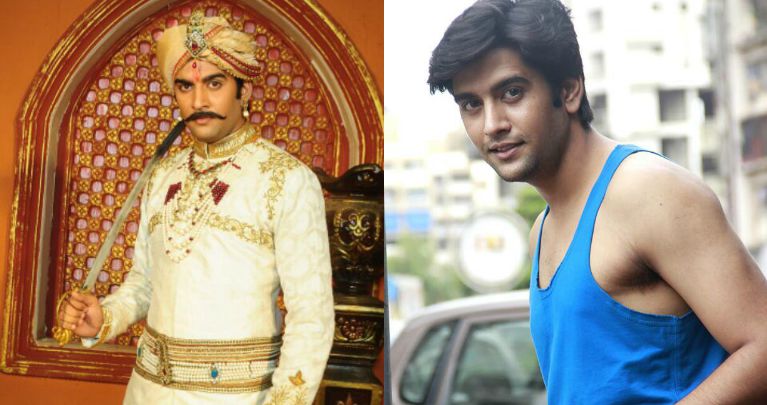 Ankit Bhardwaj who is currently seen as a a simple family man, Sanjay Pandey in Colors' Thapki...Pyaar Ki will now be seen taking the audience by storm with his full fledged historical look in Sony TV's Bharat Ka Veer Putra - Maharana Pratap.
Ankit will essay the character of Chandrasen, the Prince of Marwad who will possess equal skills and qualities as that of Maharana Pratap (Ssharad Malhotra).
A source informs, "The storyline currently focuses on how Maharana Pratap has lost the battle. Now he will invite all the adjoining kingdoms to showcase their skills. While Chandrasen's elder brother will refuse the invitation, Chandrasen will develop a sense of competition and dislike towards Pratap. He would like to go and showcase his skill to make Pratap feel inferior."
We contacted Ankit for confirmation on doing the show. He said, "Yes, I am doing Maharana Pratap and my character will be in positive light. This character is very different from Sanjay Pandey in Thapki. I am excited to do the show. I have always tried attempting varied characters and push my boundaries as an actor. I had auditioned for a particular role in Maharan Pratap long ago but I guess the makers found me as a perfect fit to play Chandrasen. I hope I can justify my character."
On juggling between two shows of completely different genres, Ankit averred, "Well, yes it would be a difficult to switch between characters on and off but on the whole this is a good opportunity for me and I would not like to miss out on it. My shoots with Thapki...Pyaar Ki and Maharana Pratap will be divided into 15 days each in a month."
We wish you luck with your new role in Maharana Pratap Ankit!
Stay tuned to watch his entry on August 6!
Shachi Tapiawala Rathod

5 years ago waiting for the track
BKVPMP rocks...!!!

JigAn are amazing as ThaRuv

+ 4
5 years ago Again a choco boy that too for such an iconic role. Did you guys even checked Rao Chandrasen's persona in history? That how brave he was? How he refused Akbar's slavery? Infact except Maharana Pratap(Mewar) he was the only Rajput King who refused to be Akbar's slave, that too in akbar's own court. Akbar then boycotted him from Jodhpur. For such a powerful role atleast select an actor whose personality could be a little better. First that Melted choco boy Sharad (who is shorter then Udaisingh lolz) for the role of Mp & now this. The way they twisted MP ajabdeh's story was too annoying as well. No Phool kanwar post leap at all? (she was also MP's wife) ... Looks like all the post leap Male actors are selected by some kitchen drama lover. Preleap male actors were wonderful which made me a fan of this show. But postleap actors & twisted story ruined it. Look at the ratings. :(