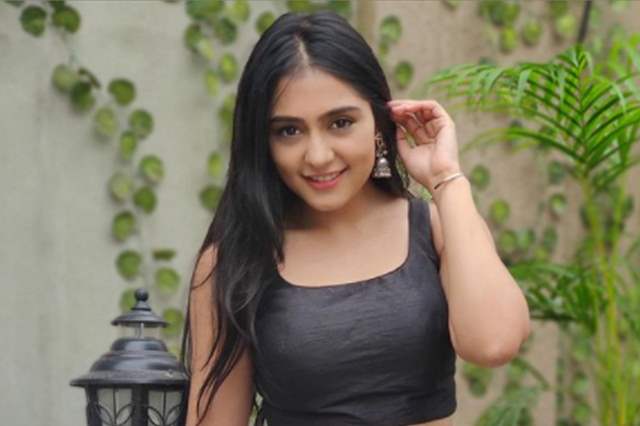 Actor Anjali Tatrari couldn't have had a better start to her acting career where she was the lead in Sony TV's Mere Dad Ki Dulhan and as soon as the show went off-air, in no time, Tatrari found herself bagging another show as the lead in the form of Sargam Ki Saadhe Satti. The show, which is a sequel to Saas Bina Sasural has adopted several changes for this sequel with only its core remaining the same.

She said, "Honestly, how much ever I hate to say it but yes it is important. For me, I don't think I'm very active on social media, which I think I really should. I'd rather want to be known for my work than be known for something or an image that I maintain on social media. And, honestly, I can't even do that. I can never fake an image for another platform. I only upload when I think or when I feel I should be uploading it. I cannot maintain an image on social media, I hate to say it but it has become very important."

She then revealed an instance when she was asked how many followers she has at an audition, "Imagine, I've been asked how many followers do I have when I had given an audition for an advertisement. They were actually auditioning on the basis of the number of followers you have. It is bad because I see so many people cracking such big projects, who are not even actors, and they are not even passionate about acting but they are doing it only because they have a certain number of followers. I don't hate it but they've also reached after a certain hard work. No matter what their content be, might not be a very useful content but they do have a good number of followers and are cracking the project. They've worked hard for it but as an actor I feel bad."

She concluded saying, "I think I'm okay because I would rather be known for my work, and not for the image I create on social media. Limited audience, I'm good as far as I get known for my work."

''Dance is the best stress buster for me and helps me concentrate on ...