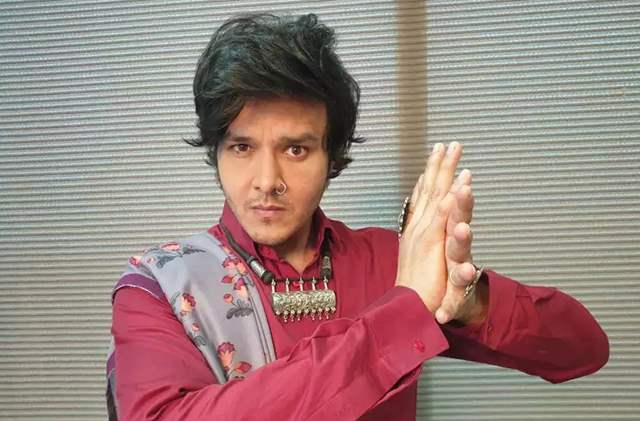 One of the longest-running shows on Colors channel and also one of the most successful ones too has been Shakti... Astitva Ke Ehsaas Kii.

The show, as we know is based on eunuchs and even though leading lady Rubina Dilaik left the show a while ago, actor Jigyasa Singh's entry into the show has managed to make maintain good numbers too.

Now, with an array of entries and exits in the show, it will also welcome another one in the form of actor Aniruddh Dave. The actor left a huge mark with his character in Patiala Babes and will now be entering Shakti, where he will be playing a eunuch.

Opening on it to Times of India, Dave confirmed saying, “Yes, I am playing a eunuch in the show and have already started shooting for it.” He added, “There is a lot of stigma associated with transgenders in our society. But we must not forget that they are human beings, just like anyone else, and not different from others. It’s a very performance-oriented show with a huge fan following. When I was offered the role and the character was narrated to me, there was no question of saying ‘no’ or having second thoughts.” For any actor, such roles are highly challenging but unlike other eunuchs that we have seen on-screen so far in traditional garb, Aniruddh says he will be seen in a different avatar. He elaborates, “I am not playing a regular eunuch, which we generally see on-screen, wearing big bindi and sindoor with heavy sarees. I play a male eunuch and the look is inspired by the concept of Ardhnarishwar. So, you will see me wearing western dresses teamed up with an Indian look. It’s a kind of mix and match.”

We certainly cannot wait to see Dave in this new avatar.

1 years ago The creative team are portraying kinnars in a horrible way. They’re into every criminal activity. Also, before Heer’s revelation, she's was shown as a beautiful girl. Now, they have disfigured her face with loud, awful makeup. Are they trying to tell the audience that kinnars are ugly people? I’m disgusted at the current track.