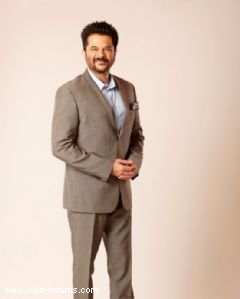 Actor Anil Kapoor, who turned 57 on Tuesday, has thanked his fans for their warm wishes.

"Thank you everyone for all your warmth and good wishes on my birthday. Wishing you and family a very happy holiday season," the '24 tele-series' star posted on his Twitter page on Wednesday.

Year 2013 turned out to be special for Anil, who featured in films like 'Race 2' and 'Shootout At Wadala'. He also made his TV debut after three decades of being in filmdom with '24 tele-series', the Indian version of the American series of the same name.

The show, aired on Colors, turned out to be a success.

paaal 9 years ago aww.. the man wont b even ableto c the response for his film... May his soul rest in peace !!

Vishakha_Sakhi 9 years ago Sad to hear! May his soul rest in peace.

GauravsDbest 9 years ago I loved "Pal"...Hope the soul of this talented person rest in peace, may God give his family the strength to bear this loss...

---ayesha--- 9 years ago I loved the video of "pal".He was really talented.May his soul rest in peace!

Nikhi. 9 years ago May his soul rest in peace, and my condolences to his loved ones.

Priyanka Chopra praises Sonu Sood as UNDP confers him with ...
20 minutes ago