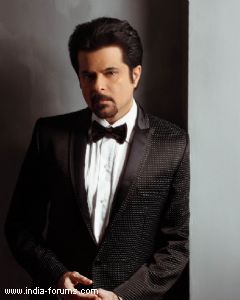 After completing the shoot of the first season of TV series '24 tele-series', Anil Kapoor is set to soon start with the second season. The aim is to create a better product, says the actor-producer.

"The second season will start very soon. We will work even harder and will try to create an even better product," the 56-year-old said here on Saturday at the success party of the show.

Anil says he hasn't received as much appreciation before, but he believes the best thing about '24 tele-series' is that the work of all actors has been applauded.

"Sometimes in films only you (one actor) are appreciated and people say the film ran because of you. But in this show everyone has done really well," he added.

'24 tele-series' is an adaptation of the hit American TV series by the same name. The show is based on a 24-hour format where one season spans over 24 episodes chronicling 24 hours.

anonee 6 years ago This show is the BEST!!

Yup every actor/actress has done a terrific job!!

Good to hear about season 2!!

yessehm 6 years ago Can't wait. Best show on Indian TV ever and Anil Kapoor is totally right. Each and every member of the team has done a fantastic job.
Keep up the brilliance and honestly can't imagine how they can top this. But I'm so sure AK will. Good Luck

pmahiskey 6 years ago colors is so brave...
that's why it's my fav channel

PSharada 6 years ago Brilliant series. One of the best to come on Indian TV. Looking forward to the next season of 24 on Colors. This time around would love to see it as an daily with half an hour of episodes.

kavmuks 6 years ago it has become very engaging now.. as the time is closing ..

1973anu 6 years ago Superb show. Just loving the pace, performance everything of the show...

tiny15 6 years ago i think they shud go for half an hr.time for four days instead of 1hr.