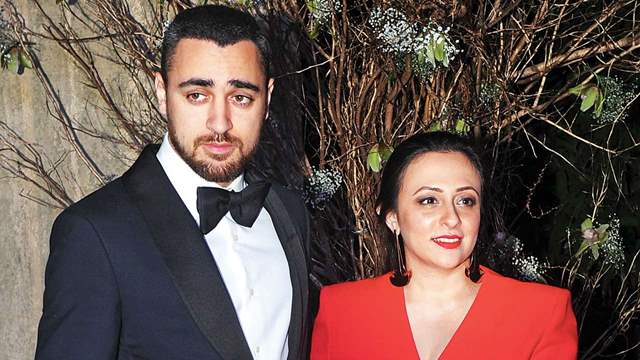 Jaane Tu Ya Jaane Na actor Imran Khan and his wife Avantika Malik made it to the headlines last year after separation reports surfaced on the internet. After being together for years, the couple reportedly went separate ways in May 2019.

However, till today, neither of the two have confirmed or denied any report regarding their relationship and marriage. Imran’s estranged wife constantly drops cryptic posts on social media. She made a post today, talking about the importance of ‘communication’ in personal relationships. The mother to one said that it’s a ‘note to self’

Taking to her Instagram stories, Avantika Malik shared a post and spoke about valuing personal relationships that go silent. She shared the picture of the long note on relationships and dropped a heart that read ‘Communication’. Malik said that the note is a ‘note to self’.

When valued personal relationships go silent, trouble often follows. I'm not talking about productive 'time-outs' that are clearly expressed—I'm talking about silence that is reactive, or an attempt to do harm. This kind of silence ensures that the connection will not find its way back to health. Because silence fosters confusion, projections, and worst of all—assumptions about what the other is feeling or thinking. And assumption doesn't get us anywhere good. Inquiry does. Assumptions ensure that the wall will only get thicker, until there is no way to reconnect. Whatever you do, even if you are justifiably angry, try to keep the door to inquiry open. You may not he ready to process the experience, but allow for the possibility that you one day will. Because valued connections are hard to find in this crazy world. Anger doesn't have to be the end of the story. Sometimes its the portal to a closer connection. Sometimes, it's the way through to great learning. ! Inquiry is the bridge. 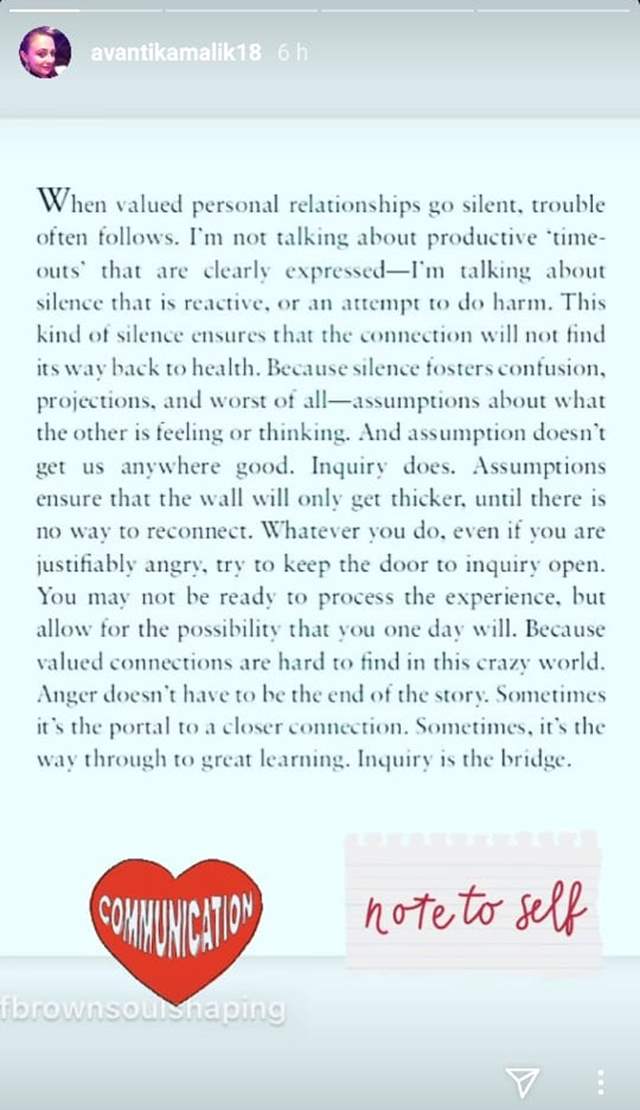 The note that Avantika shared talks about ‘productive time outs’ that are clearly expressed. It also mentioned that talking about silence that is reactive or an attempt to harm. This note also mentioned how assumptions about what the other is feeling or thinking don’t get anywhere good. Avantika Malik’s note to self also said that one must value connections as they are too hard to find in the crazy world, and mentioned how anger does not have to be the end of the story. Lastly, the note ends with the message that sometimes inquiry is the bridge.

Meanwhile, it was recently that Imran Khan’s friend revealed that the actor does not want to get back to acting. Later, Avantika’s father said that his daughter does not want Imran to quit the movies.

Imran Khan will make a comeback as Director? Father-In-Law Ranjev on ...