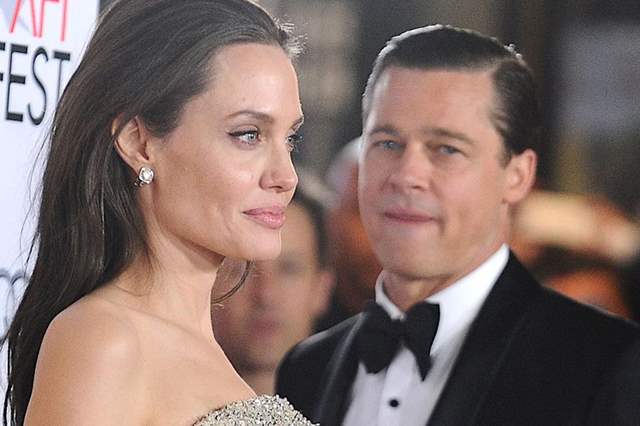 It might have been a fair amount of time by now that actors Angelina Jolie and Brad Pitt split from each other but even today, the most ardent of fans feel the sadness for it. And now, after all this time, Jolie is opening about her divorce from Pitt.

In an interview with Vogue India, the Mr. & Mrs. Smith star gave a rare look into the couple's 2016 divorce, telling the outlet that the decision to separate after two years of marriage was done with "the wellbeing" of their six children—Maddox, 18, Pax, 16, Zahara, 15, Shiloh, 14, and 11-year-old twins Vivienne and Knox—in mind.

"I separated for the wellbeing of my family," she said. "It was the right decision. I continue to focus on their healing."

She also addressed her silence following their separation, explaining how the speculation surrounding her and Pitt's relationship affected their children.

"Some have taken advantage of my silence, and the children see lies about themselves in the media, but I remind them that they know their own truth and their own minds," she added. "In fact, they are six very brave, very strong young people."

Still on the topic of her kids, Jolie shared how she raised her adopted children, Maddox, Pax and Zahara, and embraced their different backgrounds.

"Each is a beautiful way of becoming family. What is important is to speak with openness about all of it and to share," she began. "‘Adoption' and ‘orphanage' are positive words in our home. With my adopted children, I can't speak of pregnancy, but I speak with much detail and love about the journey to find them and what it was like to look in their eyes for the first time."

"All adopted children come with a beautiful mystery of a world that is meeting yours," the Changeling star continued. "When they are from another race and foreign land, that mystery, that gift, is so full. For them, they must never lose touch with where they came from. They have roots that you do not. Honor them. Learn from them."