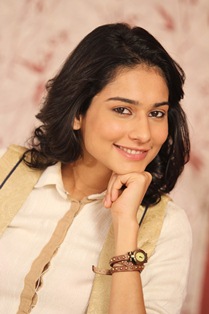 Television actress Aneri Vajani, who is currently seen as Nisha in Star Plus' youth centric show Nisha Aur Uske Cousins, is now shown to be undergoing rigorous training at the Lakshya academy.

The shoot went on longer while training, the actress was tremendously inspired by Akshay Kumar's action sequence in Waqt - the race against time where he had to run after the dogs.

According to a source, the actress wanted her expressions to be exactly like Akshay's when he ran in the movie. Adding to it, Aneri said, "I get scared when dogs are around but still in order for the training to look strenuous, I requested my production team to enact a similar performance for the show."

6 years ago Training? But Nishu is an employee. Does that mean that Nisha will soon train under the academy?