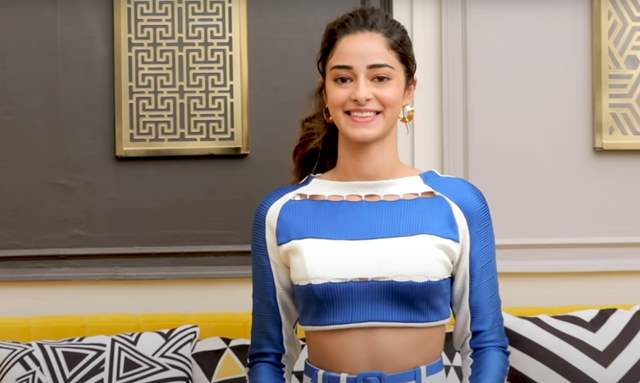 Bollywood actress Ananya Panday is all set to make an appearance on Arbaaz Khan’s chat show ‘Pinch’ season 2. Earlier today, Arbaaz shared the latest promo for his upcoming episode and let us assure you, it's going to be a fun ride with the emerging youth icon, Ananya.

According to the show’s format, Arbaaz will be seen pinching Ananya with questions about the criticism and the troll she has received from social media users. He also showed her the tweets in which she was addressed as ‘struggling didi’ and made fun of for her ‘accent’.

The 22-year-old actress was shown how someone had made fun of her accent and said that it made their ears bleed. Apologizing to the same, Ananya responded, “I am so sorry, main aapke liye tissue bhejti hu (I'll send over tissues for you).” The new promo also features her reacting to someone saying ‘struggling didi ki jai ho,’ to which Ananya said, “Haan mujhe struggling didi kyu bulate ho? It's really funny.”

For the unversed, Ananya Panday was heavily trolled for her appearance on Rajeev Masand's actor's roundtable when she spoke about her father Chunky Panday's life of struggle as an actor.

“I have always wanted to be an actor. Just because my dad has been an actor, I will never say no to an opportunity to act. My dad has never been in a Dharma film, he never went on Koffee With Karan. So it’s not as easy as people say. Everyone has their own journey and their own struggle," she had said.

Meanwhile, actor Siddhant Chaturvedi had reacted to Ananya’s comment and said, "The difference is ‘jahaan humare sapne poore hote hain, wahi inka struggle shuru hota hai (their struggle begins where our dreams are fulfilled).” People on Twitter caught on to his words and have been criticising Ananya for it since.

Interestingly, there seems to be no tension between them as the two are even set to star in Shakun Batra’s next which will also see Deepika Padukone in the film.

Arbaaz showed her how someone had written that Ananya Panday's accent made their ears bleed. Ananya apologised saying,

Actor Ananya Panday was shown some mean comments that people have posted for her online, as she appeared as the latest guest on Pinch 2. Host Arbaaz Khan showed her tweets in which she was addressed as ‘struggling didi’ and made fun of for her ‘accent’. 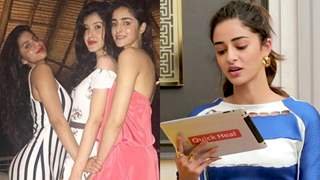 2 months ago For her acting is going on koffee with Karan. I hereby rest my case, why no one wants to see her movies 🤪

+ 4
2 months ago Why is Koffee with Karan a benchmark. The show is not good most participants put others down