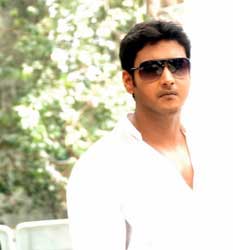 TellyBuzz had earlier mentioned that Bhanupratap (Aman Verma), in Colors' Na Aana Is Desh Laado will narrate to Ammaji (Meghna Malik) that he has lost his memory due to an accident that took place years back.

It is now up to Ammaji to find out the truth. In the coming episodes, she will send Karan (Yash Dasgupta) to Bhanupratap's house to get more information about the man.

A little birdie tells us, "Karan will disguise himself as a villager and will reach Bhanupratap's house as a gardener. He manages to capture the shots of Bhanupratap with Bajri in the house with his Spy cam. Ammaji after having a look at the shots decides to scare Bhanupratap. After this, Ammaji accompanied by her family members goes to Bhanupratap's farm house and spills kerosene all over their house.hey even throw a sword near Bhanupratap's legs and also drop a letter asking him whether he now remembers his past".

While Ammaji is all set for the kil, we now need to wait and watch to know the game plan of Bhanupratap..

JustNihaaa 9 years ago amma ji go for it... its ur time to get revenge from that bhanupratap... looking fwd to c it

sali195 9 years ago Is karan ammaji's guinea pig or what??????, she and that coward jaginder always send him to carry out all these dangerous tasks for them, they obviously don't care about his wellbeing. This stupid bhanupratap track is now gonna last forever. Please can the production team just wrap the show up as the storyline is just so crap and boring. So glad i stopped watching this show after amba died and all these stupid events started occuring.

Can still manage to know where the soap is heading towards

After Ten Months Jacqueline Fernandez has Finally Re-united ...
2 minutes ago

Kangana Slams Anushka for Raising her Voice Against ...
29 minutes ago

'RadhaKrishn' Fame Vaidehi Nair Roped in For 'Brahmarakshas ...
34 minutes ago