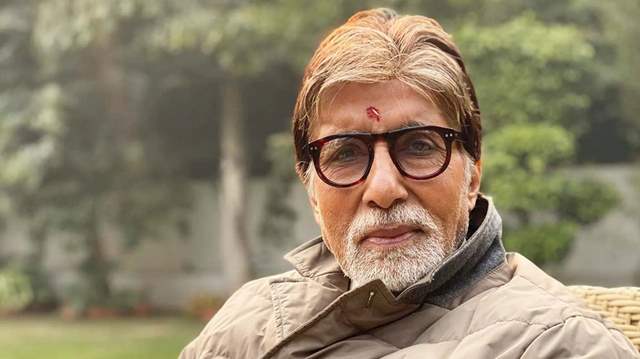 Since the release of the first look for Goodbye, all eyes have been on Amitabh Bachchan. The movie, which also stars Rashmika Mandanna and Neena Gupta, has been generating a lot of buzz, and today its trailer was released at a grand event in Mumbai. Big B was unable to attend the trailer releasing event in Mumbai today since he is still recovering from a COVID-19 test positive. During the press conference, Big B spoke with the media through a zoom call and discussed having five back-to-back releases this year.

When Amitabh Bachchan was asked about him having 5 releases in 2022, Big B stated,

“This isn't a new thing for me. We had multiple releases in a month back in the day. I have had 7-8 films released in a year. Due to Covid, there have been delays in films and hence there is a backlog. I hope, people like Goodbye. I hope, in some time, people will experience films in the same way in OTT and theatre.”

To be noted after Jhund and Runway 34, Amitabh Bachchan will next be seen in Brahmastra, followed by Goodbye and Uunchai.

Meanwhile, the story of Goodbye revolves around self-discovery, the importance of family, and the celebration of life in every circumstance beautifully depicted by the Bhalla family. Mr. Amitabh Bachchan and Rashmika Mandanna will be seen sharing a father-daughter relationship and their bond evolves with the changing aspects of life.

Produced by Ektaa R Kapoor’s Balaji Motion Pictures in association with Good Co., GoodBye is all set for worldwide release in cinemas on 7th October, 2022.