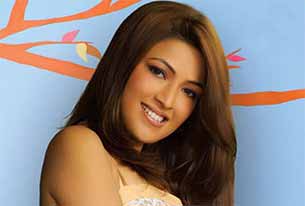 Bollywood producer Kumar Mangat's daughter Amita Pathak, last seen in "Bittoo Boss" says her next film will be a family drama. But he is tight-lipped about further details of the project.

"I recently finished shooting for a film in Gujarat. It's a family drama and I play the protagonist in it. I am not allowed to talk about it as the production house will make an announcement soon," Amita told IANS.

However, she clarified that the film is not produced by her father.

"It's a new set up and they will make an announcement soon," said the actress, who made her acting debut with "Haal-e-Dil" in 2008.

Amita is a film producer herself, and as that, she is credited for "Atithi Tum Kab Jaoge?". She may produce more films in the future as well.

"Let's see if anything interesting comes up my way, then I may produce," she added.