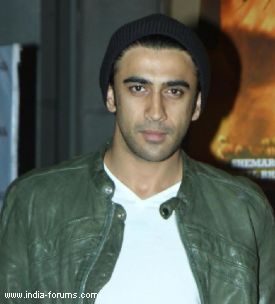 Amit Sadh is now gearing up to play a Haryanvi character in the film "Guddu Rangeela". The thoughht of sharing screen space with senior actor Arshad Warsi, who is "cool and comfortable", however, scares the "Kai Po Che!" actor.

"Most of my scenes (in the film) will be with Arshad and he is one of the finest actors in Bollywood. I am scared to work with him because he is so cool, comfortable and normal with whatever he does. So I am a little nervous but I am also excited to work with him," Amit told IANS.

The film's shooting will begin March 1.

Amit has been preparing for his role.

"I have been going through intense workshop for past two weeks for this film. I am playing a Haryanvi character and so I am learning Haryanvi for this film. It's a completely Hindi film, but we have to get the slang and the tone right for it," he added.