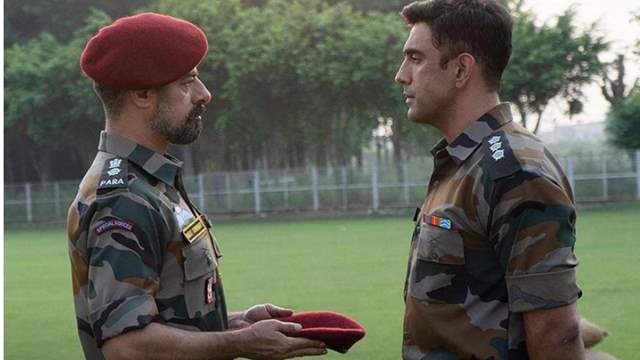 The release date for Amit Sadh’s upcoming series ‘Jeet Ki Zid’ inches closer by the day. The show is inspired by a true story of an army officer who even after being crippled didn’t give up.

Amit who is no stranger to essaying the role of an army officer shares how he feels every time he puts on the uniform. In a statement shared by his team, he says, “I have immense respect for the army, their dedication to serve the country is commendable and whenever I get a chance to play the role of an army man, I am always humbled.”

He further adds, “The uniform they wear signifies represents their dignity and attitude of never giving up, and when I get the chance of wearing the uniform, it gives me goosebumps and reminds me of the responsibility that comes along with wearing it.”

‘Jeet Ki Zid’ is inspired by a true story. It is a testimony to the real-life story of Kargil war hero Major Deependra Singh Sengar who fought against all odds in different walks of life, be it the war or personal life. The series captures all of Major Deep Singh’s highlights and turning points in his life. The life of a soldier is depicted in the series with high octane action sequences and various army missions, the level of which has not been witnessed before.

Zidd Teaser: Amit Sadh as real-life Kargil war hero will give you ...