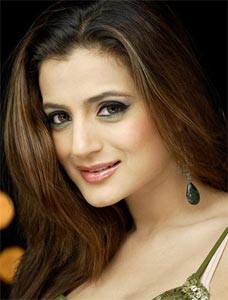 She may not be appearing on the big screen anytime soon, but actress Amisha Patel promises to entertain many fans as she appears in the popular magazine, The Man.


The October issue will showcase the actress exactly two years after her last cover shoot, where she posed for French Bridal Wear on Verve Magazine.  However, this time Amisha has pulled out all the stops to showcase a bolder self with a risqu cleavage revealing dress.


The magazine promises to talk about her new look and apparently has revealed a lot of the personal life of the actress.  Amisha follows fellow co-stars Kareena Kapoor, Neha Dhupia, Riya Sen and Sherlyn Chopra to pose for the magazine.
7 Likes

Divyanka Tripathi calls out Indians for throwing pooja residue in the ...