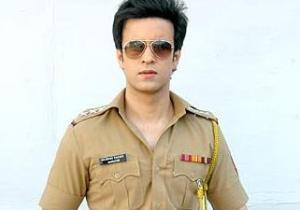 TV actor Amir Ali returns to comedy show F.I.R after over a year and says that his character of inspector Bajrang Pandey will be presented in a new avatar.

"I am glad that I have been called back to F.I.R. I have worked with them as Bajrang Pandey earlier, and had to part ways when the show took a time leap," Ali said in a statement

"'FIR' is one of my favourite shows due to the originality of its script and characters. My character Bajrang will also be fashioned in a new style," added the actor who has done shows such as Kya Dil Mein Hai, Jhilmil Sitaaron ka Aangan Hoga and Bhaskar Bharti.

+ 2
7 years ago Yay...
apka hai welcome is the
Delhi me hai airport palam is the ...
hehehehee carry on

7 years ago Yaaay!!!!! Aamir Ali Malik rocks!
btw why is it tagged as 'Amir Ali'? He already has a profile on IF with the name 'Aamir Ali Malik' na?


Someone pinch me! This is so shocking, but yahoo!!!! CC and BP together again!!!!

7 years ago Nobody gives him work, now coming back, lol