Kudos to Sony Entertainment Television for keeping the suspense intact in the minds of viewers about the protagonists of Sony’s newly launched soap, Amber Dhara. Sony Television surely kept the viewers waiting; but this time, the media was also kept in dark, when it came to the two new faces playing the roles of Amber and Dhara. Amidst all this, Sony flashed regular messages, that they would come up with two big surprises at on Sunday just before the Grand Finale of Indian Idol.

The Surprise turned out to be a big big one, as the first episode of Amber Dhara was shown on Sunday, that is one day prior to the actual start of the serial. 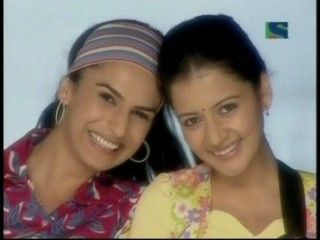 Featured Video
The episode began with the girls – Amber and Dhara‘s birth. The first episode had some really emotional scenes, starting with the scene where the mother gets to know of the fact that the girls are conjoined. This is followed by the scene where she breaks up, when the father of the kids leaves her and the new-born twins, only because they are conjoined. Life then starts afresh for Lata, the mother, played by Mona Ambegaonkar, and she goes with her father, played by Paintal and the kids, settles in Panchgani.

The first episode gave the audience glimpses of some power-packed performance that is to be expected in this serial. Mona Ambegaonkar as the mother was simply brilliant, her facial expressions, emoting and sensitive performance, has probably raised the expectations of the audience towards the serial. The episode also showed the girls’ upbringing; their short comings were very clearly shown. The first episode even gave insights for the future, and showed us that the girls are confident enough to face the world and be victorious.

The episode ended with just a closeup of the girls playing Amber and Dhara. While Amber seems to be the girl who is gutsy, with a modern-look, Dhara thinks realistically and appears to be the compatible type.

After this surprise happened, the media was called for a private screening of the first episode of Amber Dhara on Monday, 24th September; this was followed by the formal introduction of the girls – Amber and Dhara to the media. But the suspense does not end here; though the faces of these girls are revealed, the media has not been given much information about the real names of these two cute girls, who are all set to rock the television world, being the first-ever conjoined twins shown on Indian Television.

The girls left the event soon after the introduction, while the other cast and crew of the serial stayed longer and enjoyed the party. The actors who made their presence felt in the party were Mona Ambegaonkar, Nasir, Harshad Chopra, Pankaj , Shweta Gulati. Along with them, were present the brainstorming Creative Team of the serial and the producer Siddharth Tewary.

One might wonder what the fuss is all about, and why the channel is not for revealing more information on the girls playing Amber and Dhara. But, all said and done, this serial does promise to offer a lot, and the first episode has really given the audience a fresh new concept, which is different from the serials that are aired today.

We wish the new kiddo, or should we say, kiddos on the block, Amber and Dhara all the very best.. Wish that the audience this time, gets what they want to see, something refreshing and nice, from what is regularly been shown in today’s television..

So what are you waiting for? Start watching the new serial on Sony, Amber Dhara, from Monday-Thursday at 9 PM on Sony Entertainment Television... 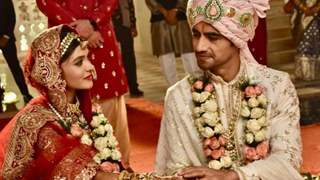 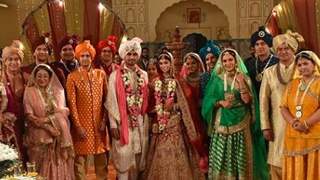 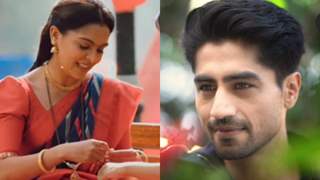 14 years ago I like the concept. Its very unique!
I am sure this show is gonne rock>>>just like JJKN.

14 years ago heyy! that was an awesome article, thanx.. does any1 no if amberdhara has a forum yet??

+ 2
14 years ago it looks good as it a different story but should ambar dhara be idenical twins if they are conjoined?

+ 4
14 years ago wowwwwww means dey are actually cojoined...such a different concept...gr8..hope the show does well

14 years ago Both the girls are really swet n Pleasant looking!

14 years ago not conjoined in real life but great serial so far...