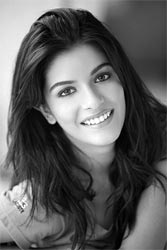 Curtains will finally rise when the real face of Aman (Piyush Sahdev) will get revealed in Star Plus' Mann Ki Awaz Pratigya. Pratigya's (Pooja Gor) efforts to reveal that Aman is a married man will bear fruit on the wedding eve.

A source close to us informs, "On the wedding eve of Arushi and Aman, Pratigya comes up with the reality which stuns every one present at the ceremony. In this way, Pratigya gets successful in saving her sister's life".

"Just before the wedding, Pratigya reveals the truth when she enters the frame along with the other lady essayed by Deeya Chopra, who is actually Aman's first wife. She opens up her truth in front of everyone before the pheres get complete. All this drama brings to a halt the wedding as after listening to the truth, Aman's father moves out of the place along with Aman and family," adds our source.

We contacted Pooja Gor who confirmed the news but refused to divulge any further detail as she says, "During the wedding, there is going to be a major twist which will bring an end to the  festive occasion, you have to watch the show to know more."

We too contacted Piyush Sahdev who confirmed the buzz.

Catch this electrifying mahadrama on Pratigya!

diyajiya 9 years ago pratigya-krishna marrige was ok . bt i dont know how can they show arushi getting married 2 shakti.
its not only stupid bt also nonsense.
stupid things ever!!!!!!!!!!!!!!

razmaverick 9 years ago shakti-arushi marriage should not be shown at any cost......instead kesar should be shown regaining her fertility after finding an expert doctor....

saaniakh 9 years ago I think that Aman was not good n they shold get a nice hero like Krishna for Arushi than story will be more Interesting!

suk4 9 years ago Me too. But although i love the show too, the trp speaks for itself. I just hope things pick up again, but i must say i hate the arushi tracks. For me, Aman's character isn't good enough to retain viewer's interest, hope they can do better.

razmaverick 9 years ago great development in pratigya.....we all love this showwww more than any other show............

Naagin 5: Veer to return to destroy Bani and Jay?
26 minutes ago