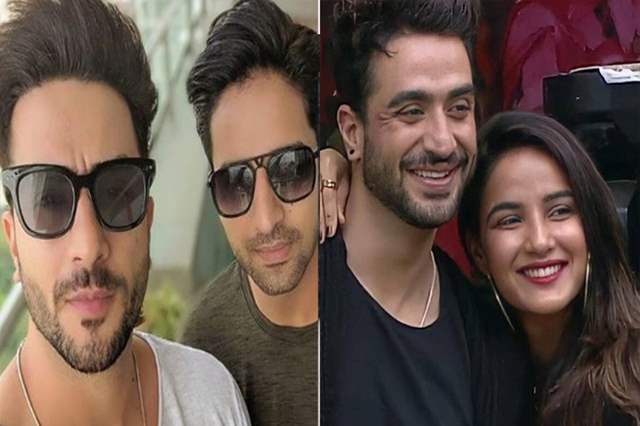 We are now less than couple of days away from the Bigg Boss 14 finale and everyone is plaving their bets on whom they think will be going on to win this season. One of the strongest contenders in this season has been Aly Goni who has managed to be lvoed by one and all and is considered to be in the front running as well. It is also no secret how his relationship with Jasmin Bhasin has been one of the talking points in the show where both of them have been vocal about it themselves and have offered unconditional support too.

While Goni's actual bond with Bhasin is currently a conversation that will extensively happen after the show ends, Goni's brother Arslan Goni was recently asked about his take on their relationship.

Talking about it with ETimes, Arslan said, “To my knowledge, Aly and Jasmin are friends. That is as per my last meeting with them and the last time I met them, was obviously, I know them to be very good friends. Now obviously there is some romantic angle which is being talked about and being spoken about. But I would say is that as a respect to brother, till the time he doesn’t say anything to me, I am not going to comment on it," He further added, “I like Jasmin. She is a wonderful girl. But I don’t know what is going on over there. I don’t know if they have anything more than friendship. Lots of people are saying that it is looking like that but till the time he doesn’t say something from his mouth to me, I will refrain from commenting on it.”

Arslan also said that he is quite confident that Aly will win the trophy of Bigg Boss 14.

Harwinder Bindra 13 days ago I think only Rubina deserves the Trophy of Big Boss-14 Rahul is Not a nice gentleman. Does not respect women