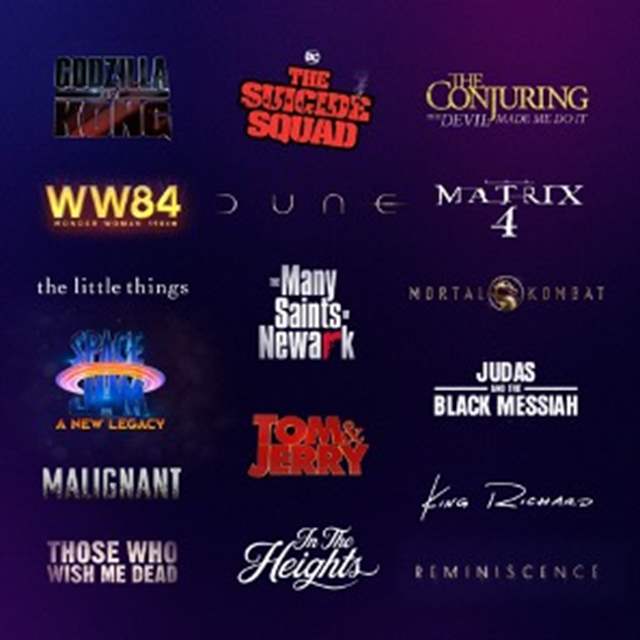 In times where the uncertainty pertaining theatres continue, one continues to wonder as to just when will the pandemic end and community viewing will be normal.

But it seems like HBO Max and Warner Bros aren't optimistic about the same where all the mega releases that were planned for big theatrical arrivals in 2021 will now be coming in HBO Max. It recently announced it will be making all 17 of its theatrically-released movies that year available concurrently for a one-month exclusive window on HBO Max.

Got you? So these folks will indeed article in theaters but before that one month it will also come on HBO Max. US based consumers will be able to watch highly anticipated releases including Dune, The Matrix 4, The Suicide Squad, Mortal Kombat, and more at the same time on HBO Max as they would be able to see them released in theaters. More importantly, watching the movies will require no extra cost to HBO Max subscribers. Warner Bros. announced the news on Thursday, citing the hybrid streaming and theatrical release change as "as a strategic response to the impact of the ongoing global pandemic, particularly in the U.S." All films will release on HBO Max in 4K Ultra HD and HDR on HBO Max-

“We’re living in unprecedented times which call for creative solutions, including this new initiative for the Warner Bros. Pictures Group,” said WarnerMedia Studios Chair and CEO Ann Sarnoff in a statement.