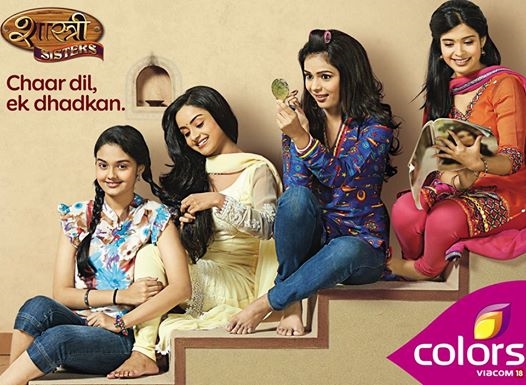 Shakuntalam Telefilms' popular show Shastri Sisters on Colors has reached to an interesting point where Alka's past relationship with Rajeev has been revealed in front her family members.

As Rajeev has come back to avenge from Alka for ditching him and marrying Rohan, he will start troubling her now.

Now in the upcoming episodes Alka will be thrown out of Rohan's (Sujay Reu) house and she will stay at Shastri house thereafter.

According to our sources, "Rohan's family will come to know about the relation between Rajeev and Alka. Aastha will misguide the family by showing the picture of Rajeev and Alka which she is taken in a wrong angle."

"Astha follows Alka when she goes to Rajeev's place in anger, Alka scolds him and slaps him for his wrong deed. In a fit of rage Rajeev will hold Alka's hand. While they are arguing with each other Astha clicks a picture," adds our source.

During Dandiya preparations in Shastri house, the tashan between Rajat (Vijendra Kumeria) and Anushka (Ishita Ganguly) will increase more as Rajat will convince Shastriji to send Anushka and Devyani for a self defense camp being unaware about the truth of Alka's marriage being on the rock. Anushka gets furious because she doesn't want to go for the camp leaving Alka alone," ends our source.

Well, this is something really interesting to look forward in the show.

I love Anu and Rajat. Vigendra Kumaria and Ishita Ganguly are great. Also Alka and Rohan are sweet.