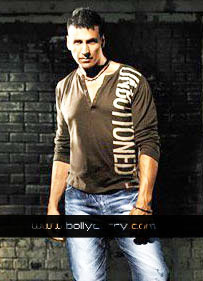 The lover of self-stunting, an avowed masterchef, and a celebrated actor of course (apart from being an envied family man) Akshay Kumar has yet another something to flaunt about - his newly exploited photographic skill!

The actor who has always been fond of snapping candid shots gave in to his long-time passion on the sets of Patiala House as he started off with out of focus pictures of surrounding animals before moving on to taking various stills of co-stars Rishi Kapoor, Dimple Kapadia and Anushka Sharma.

Apparently the shoots were so well done that the pleasantly surprised production team have even decided to use a few of the pictures during the film's eventual promotion campaign.

Giving in to his desire to take photography seriously, Akshay also purchased a high-end camera and started behaving like a professional photographer in the sets.

Knowing you Akki, you shall be a master at this trade too, like your numerous other feats!