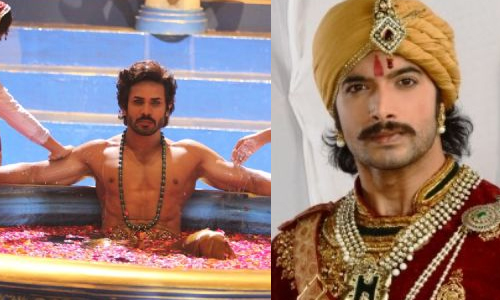 Sony TV's Bharat Ka Veer Putra - Maharana Pratap (Contiloe Productions) has managed to gain a lot of eyeballs, appreciation and accolades for itself. Makers of the show have made sure that the track turns in a way that the viewers are completely hooked to the show irrespective of the fact that the show took a leap.
We had earlier reported about the track update of Pratap (Ssharad Malhotra) giving up in front of the Badshaah Khan (Akhil Vaid) to get Bijolia in return. Well, what next will happen in the show is something that TellyBuzz has found out.
Our source informs us, "Viewers have already seen a lot of drama recently in the show with the fight sequence. Well, up next what the viewers will see in the show is that Akbar (Krip Suri) is training himself as well as his sena for the battle that he will fight against Pratap. While he is training his Sena, he also confronts to them about Pratap and his Sena's power and that he is known for winning all the battle with a smart move. Akbar visualizes and narrates about the powers of his Sena. Seeing this, either the viewers will feel as though he aspires to become like him and train his Sena too in the same manner or it could be Akbar getting scared of Pratap."
If we see something like this without any kind of animosity, it will surely stun all the the viewers.
Keep reading this space for more updates in your favorite shows.
Upasana Patel

+ 3
6 years ago love u ssharad nd hater go away he alrdy prve himslf :) alrdy u got slap on ur face :P

rj_thakur 6 years ago Hahahahahahaha ... So akbar wants to copy maharana pratap...pls copy his emotions if possible

6 years ago MP rocks. akbar has no idea he needs training from JB. it has to come from inside hehe

+ 5
6 years ago Maharana Pratap is awesome show! ssharad rachna keep up the fab work!
Wish things speed up as current tracks r slow... :/
Why doesnt Krip get a break? he has suffered so much.. may he recover soon from the sadma soon...

+ 3
6 years ago Love Ssharad Malhotra, and Rachana Parulkar as pratp and Ajabde...love their chemistry..

6 years ago Ssharad Malhotra and Rachana Parulkar both rock as PrAja and Krip Suri had a single expression in all the scenes yesterday. It's like the guy is permanently pissed off. I know that he is suffering a great loss and so the PH should give him a break and focus on resolving the MU between PrAja first

6 years ago Love Ssharad Malhotra, and Rachana Parulkar as pratp and Ajabde...plz reunite them first...

+ 2
6 years ago waiting for the track...Ssharadh Malhotra