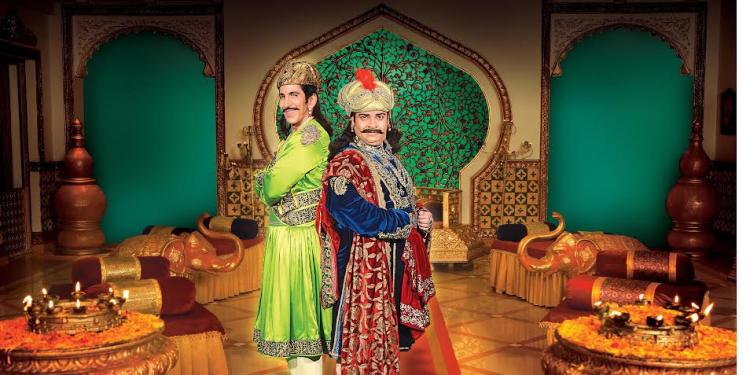 Big Magic's popular comedy historical show Akbar Birbal which portrays the tale of Akbar (Kiku Sharda) and Birbal (Vishal Kotian) where Birbal gives smart advices to Akbar and tries to solve his problems. Well in the upcoming episodes, something interesting is in store for the audience where Akbar wishes of building Hawa Mahal.

As per our sources, "Akbar announces who ever will build a Hawa Mahal for him will become king in his kingdom. Everyone tries their best, Baldev gets some workers but they are unable to build it. The workers share their problems with Akbar but he is still stubborn to build the palace."

Adding further our sources say, "Later one young villager comes and dreams that Akbar has become become maulvi and made this young boy ruler of India. Akbar gets angry and yells at the young boy for dreaming such an unrealistic dream which can never become true. Birbal questions to Akbar than how can he dream of building Hawa Mahal."

Well this upcoming episode seems to be worth watching for the audience.