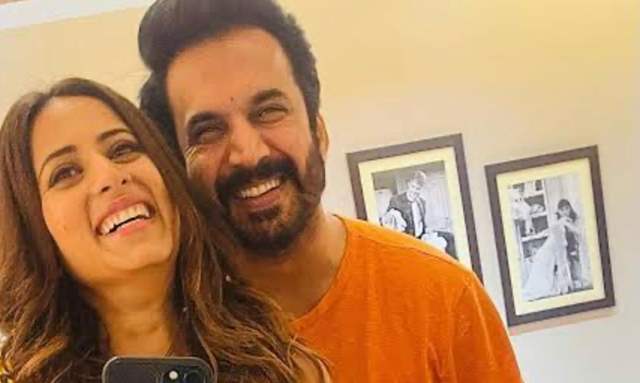 Ajay Singh Chaudhary as Ajeet is the heart of Swaran Ghar. The popular show that has formed a loyal fan base within a short span of time is being produced by Ravie Dubey and Sargun Mehta’s Dreamiyata Entertainment. The actor feels the show being a pure family drama that mirrors society is what touched a chord with the audience.

“People are watching the show from the beginning itself. They’ve been watching it religiously and have been very consistent which has brought good luck to our show. I am just glad that people are liking the show and supporting us,” he says.

Praising Ravie, Sargun and Dreamiyata, he begins by sharing that he has worked with Sargum long back and also in Phulwa. “We had a great bond back then as well. She's like my best friend. We are like a family. I am very comfortable working with them. It’s like a second home for me. Initially, Sargun had supported me a lot. Ever since I came to Chandigarh for the show, it has been a great experience,” he adds.

The makers have ensured that the quality of the content is maintained. Agreeing, Ajay says, “Sargun is such a talented actor and a multitasker. She gets involved in everything which is why I feel the quality is maintained in such a positive way. I am so happy since I came to Chandigarh and saw the sets of Swaran Ghar and Udaariyaan and met the whole team. I was so overwhelmed to meet everyone that Sargun has brought together.”

The drama as well as the emotional quotient of the show is quite high. “And it is a very relatable and fresh story that touches people’s hearts. We as actors are trying our best to put forth this story in the finest way and reach out to everyone in every way. It’s a lot of work even behind the scenes. This is a very emotional narrative which is why we are doing it and I was so convinced about this story that it will touch everyone,” he adds.

The unit of the show is like one happy family. The happy atmosphere on the set, according to Ajay, brings out the best in everyone.

“It is like one big happy family, many are here who are actually from different places of Punjab. No matter what happens we all stay here and we share a very positive vibe. I think all the positivity around is a combined effort and team work. If the team is happy, the output is very positive and amazing. As an actor, we do a lot of research on the characters and try to do different things. But if we don’t have a good atmosphere, things don’t go as planned,” he ends.