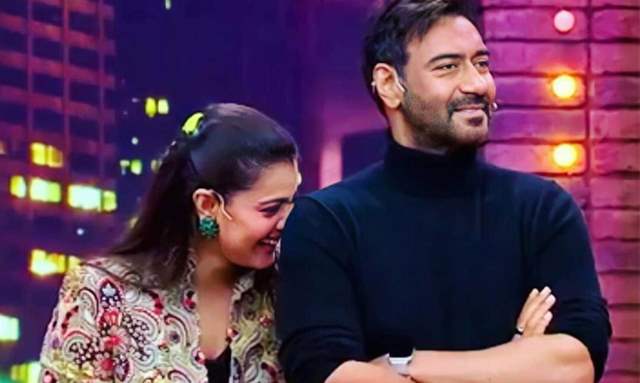 Bollywood actress Kajol turned 47 today who is known for being an extrovert and of cheerful nature. While her husband Ajay Devgn has been busy gearing up for his upcoming birthday, expressed his love for his beloved wife and shared the best wishes for her.

Taking to his Twitter handle, Ajay penned a sweet note for Kajol that will melt the cockles of your heart. He also shared a happy picture on her special day.

His note read, “You have managed to bring a smile  to my face for the longest time now...Happy birthday dearest Kajol ; will try to make it as special as you are  @kajol”

Shortly after Ajay posted the picture, his tweet was flooded with best wishes and blessings from fans and followers. One of the fans wrote, “Oh thats such a sweet wish ajay sir. God bless you both. You are so blessed @itsKajolD to have such a nice husband. Wish you a super wonderful birthday and a great year ahead #HappyBirthdayKajol” while another fan wrote, “Happy Birthday the real lady singham. Kajol ji. Love from Bangladesh”

Kajol and Ajay Devgn have been setting relationship goals since February 24, 1999. The couple has been married for two decades now and with their funny banters on social media, it seems it was just yesterday when the two got married.

They first shared screen space for Hulchal (1995) and the duo has been going strong since then. And then they were seen collaborating in Ishq (1997) which went on to be one of their best films. They were last seen romancing each other in Tanhaji: The Unsung Warrior and Kajol played his wife, Savitribai Malusare in the film.