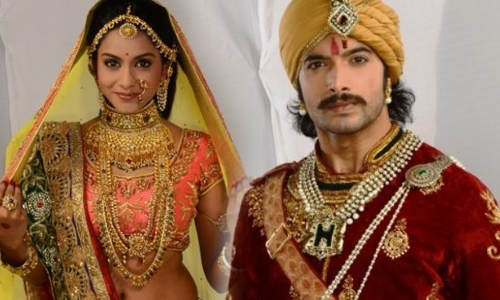 Contiloe's popular historical series Bharat Ka Veer Putra - Maharana Pratap which airs on Sony TV is heading towards for a big revelation in its forthcoming episodes.

According to the ongoing tracks of the show, the viewers have seen Ajabde (Rachana Parulkar) in the disguise of Baijilal in front of Pratap (Ssharad Malhotra) but now a big revelation is going to happen soon.

Our source informed us, "So, far Chakrapani was aware about Baijilal's real identity as Ajabde but now her real identity will be revealed soon in front of Pratap and Pratap will come to know that its Ajabde who is disguised as Baijilal."

How will Pratap react now? The upcoming episodes of the show will unravel the answer to the question.

6 years ago Rachana Parulkar love u so much.. u r perfect expression queen

rohinijasrotia 6 years ago Plz sort out the problems soon
We want them together...

6 years ago i think that rather than knwing that baijilal is ajabde,,more important is to reveal regarding real truth that she was innocent n pratap choti maa was real culprit