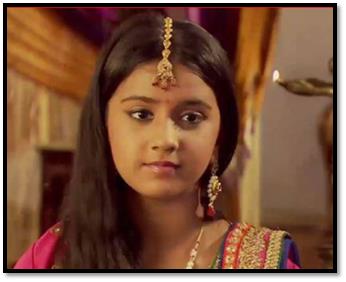 Sony TV's Bharat Ka Veer Putra - Maharana Pratap has already made a stir in the masses with the kind of tracks and twists it is bringing in the tale.

Well, the very recent update that we have got about the track is that AjabDe's life will soon be in danger. How? Why?

Informs our source, "AjabDe played by Roshni Walia and her father had invited Maharana Pratap (Faisal Khan) and his father Maharana Udai Singh played by Shakti Anand over lunch to their place. After their lunch, as soon as AjabDe goes to take her afternoon nap, a centipede bites her and she falls unconscious in sleep itself. Everyone around assumes she will is sleeping. While after a long time AjabDe does not wake up, everyone starts worrying for her. The little centipede left Ajab De's life in danger."

Well, how will Maharana Pratap save AjabDe's life is a wait and watch game. So, stay hooked to TellyBuzz till we bring to you the recent updates on the show.

Jyotimena 6 years ago its wrong. She got bitten while her hand was under pratap's head.

Moumimon 6 years ago i am just too excited for today epi...Faisal Khan & Roshni Walia Rocks...

PuissantGirl 6 years ago Pratap Ajabdeh are made for each other couple I love them .

Dil-Se 6 years ago Love you praja