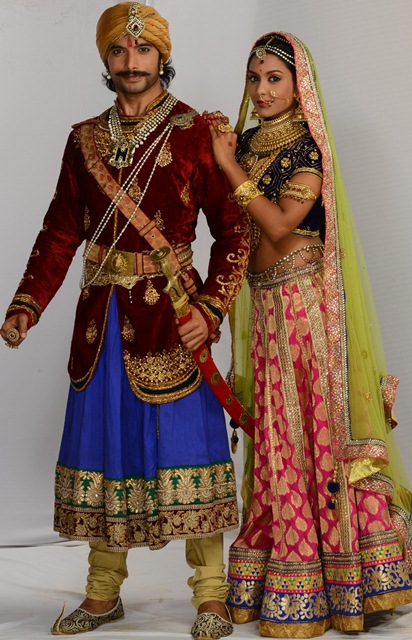 Romantic drama to galore between Pratap (Ssharad Malhotra) and Ajabde (Rachana Parulkar) in the upcoming episode of the popular historical show Bharat Ka Veer Putra Maharana Pratap on Sony Entertainment Television, which will leave the viewers entertained with its compulsive storyline.

In the previous episodes of the show we had seen the gauna ceremony of Ajabde, which marked the welcoming of Ajabde in Mewar. As soon as Ajabde entered Pratap's room, she was moved to see all the gifts gathered by Pratap for her over the years. The twosome who were away from each other for many years, were seen falling in love with each other all over again.

Taking their love story to next level, in the upcoming episode of the show we will see the love birds prepare to consummate their marriage. But nothing seems to go well for both, as we will see a spellbinding twist in the tale which will grab the viewers' attention.

6 years ago Rachana Parulkar love u so much.. angel u rocks as ajabde

+ 3
6 years ago You're awesome as Ajabde.. Love you Rachana Parulkar

6 years ago Love u my princess. Rachana Parulkar.you r amazing