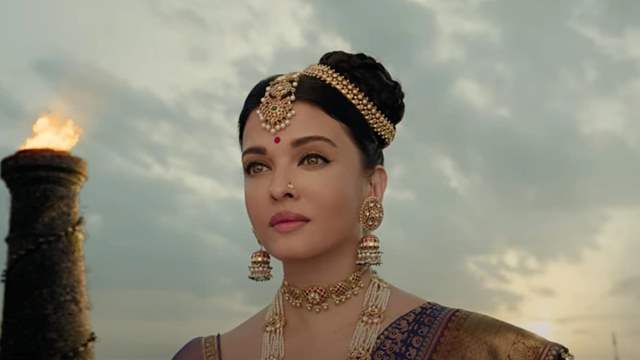 Actress Aishwarya Rai Bachchan is all set to appear on the big screens again with magnum opus Ponniyin Selvan: 1. The actress is going all out with the promotions of ‘Ponniyin Selvan: I’, wherein she essays a double role. The Devdas actress has successfully juggled her South and Bollywood projects and now in a recent press conference, she discussed the contentious North versus South film topic.

Talking about the same she said, “It’s an amazing time right now, where we need to break away from the typical way of looking at artists and cinema. I think it’s a great time right now, where all these barriers have gone down. People know our cinema Nationally. In fact, they are wanting to see the cinema from every part".

Even though Aishwarya is well-known in Bollywood, interestingly she made her acting debut in Mani Ratnam's Tamil drama "Iruvar" (1997).

Aishwarya Rai Bachchan will reunite with her mentor, Mani Ratnam, for the film "Ponniyin Selvan: I speaking about the same she expressed, "I worked in my first film with Mani Garu, who is my mentor. I consider it a blessing that I had the chance to work with him to begin my acting career. He is the ideal guru. I didn't have any official training when I started working with him; instead, I just dove right in.