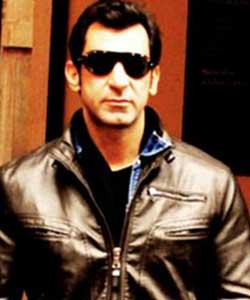 Colors Channel's popular show Veer Shivaji is welcoming new characters after the show has taken a leap. Among the list of all the new comers in the show, one of the most popular name of the industry, Nawab Shah's name is also ready to be added to the list very soon. The show is having a good fan following and with the addition of these popular names in the show, the show is expected to make a good ranking in the TRP list of the shows.

According to our source, the name has been finalized to play the character of Afzal Khan in the show, who was also recently seen in the movie Don 2.

Tellybuzz tried to contact Nawab Shah for confirmation of the news, but he remained unavailable for the moment.

Let's see what kind of magic Nawab Shah will create after making his entry as Afzal Khan in the show.

8 years ago thanx for the article

We have a Weekend Special Episode tomorrow, SATURDAY at 9:00 pm IST

+ 2
8 years ago he is already there...But I thought someone more huge should have eassayed the character!!!!!!!!!!!! now lets see how he can do justice to the character

11 years ago aww thts sweet! he is indeed a very good actr!

+ 5
11 years ago funny hw a few weeks bk der was an article abt him forgetting abt the producer or sum1 who was associated with his tv show fauji...n nw dis 1 sayin he doesnt 4gt friends n their favours...lol...

+ 4
11 years ago King Khan rocks !! I completely agree, he's someone very humble, sweet, calm and a good human being .. he doesn't care about all the jealous people and the negative comments, he's just himself, and ignore them instead of going into a fight .. that's why he's THE King !!
And as Nk Sudhir pointed out here, I just love the fact that despite being the Super Star, he's stick and loyal to his only wife, and their 2 lil cute kids .. U rock SRK !!

11 years ago how swt of him, dats why he is King Khan