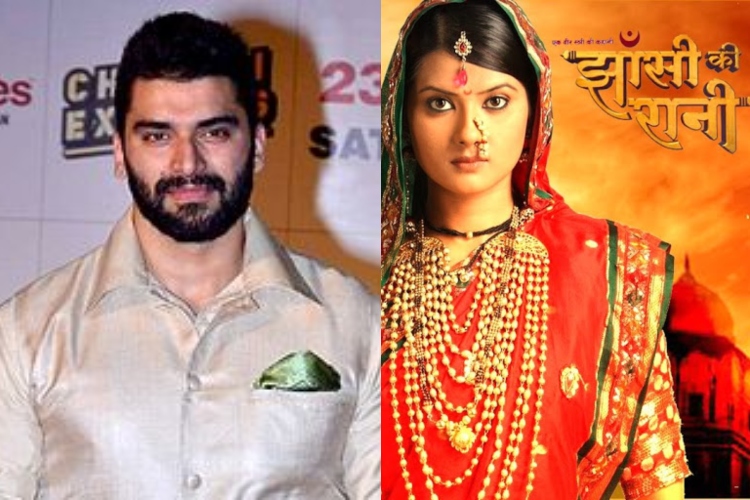 We all grew up listening to the courageous tales of Queen of Jhansi who fought against the East India Company. Though she got married at a tender age and lost her husband, Raja Gangadhar Rao Newalkar,  King of Jhansi when she was young, she was fierce and filled with courage and patriotism.
Many tried to bring the character of Manikarnika to life with their movies or Television shows. Recently, we saw the release of Kangana Ranaut's Manikarnika - The Queen Of Jhansi. Now, young actress Anushka Sen is portraying the role of Manikarnika in Colors' Khoob Ladi Mardaani - Jhansi Ki Rani. And even before these, actress Kratika Sengar and Ulka Gupta already amazed the audience with their performance in Zee TV's Ek Veer Stree Ki Kahaani: Jhansi Ki Rani.
Yesterday, Anushka's show hit the screens and also, Zee TV's old show Ek Veer Stree Ki Kahaani Jhansi Ki Rani got rerun from yesterday at 3 pm on Zee TV. The show is back on public demand.
Actor Nikitin Dheer shared a picture of wife Kartika Sengar's show Jhansi Ki Rani's poster and wrote, "So proud to look upto my JKR..dont think anyone could play this character better than you.. Love you! I #jhansikirani"
Have a look at his post :
https://www.instagram.com/nikitindheer/
So, who do you think played the character well? Drop in your comments below.

Reenatyzed 1 years ago Ulka Gupta and Kratika Senger made original JKR an iconic one
aprt from these two, other supporting cast like Sameer dharmadhikari, amit pacholi and others were at their best
i would prefer to rewatch the rerun instead of new JKR (no offence to new actors). its just ulka and kratika played it to perfection

No one could do it better!!!

Samia9898 1 years ago The image of #JhansiKiRani will be always Kratika Sengar n ulka to us..no comparison ..tho best wishes to the new girl..

Ps .When will media get bit sensible so that they become more respected
Utter bullshit by the article writer.

ishuanu 1 years ago Kratika sengar is the best

Chitra_11 1 years ago I go with your line - ' We all grew listening to d courageous tale of JKR who fought against EIC' and many grew up watching / watched Kratika Sengar playing Manikarnika & bringing THE Character to life. Kratika and Ulka will be d name/image as JKR. D powerful character was brilliantly portrayed by them as younger and elder JKR.
Would not like to use as ' No one can play ' ( my respect & best wishes) as d chance of shifting from Kratika Sengar as JKR to another do not arise. Such was d impact of HER performance. Experiences to experience.Thanks for the article.