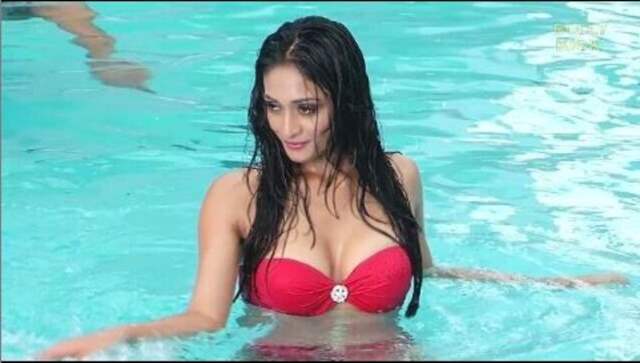 Yesterday, we reported about Hiten Tejwani’s co-producer for Ullu App series D-Code, Roshan Garry’s issues with Ullu App. Apparently, Roshaan Garry had a showdown with Ullu App and has decided not to release the remaining episodes. The producer had complained to the Western India Film Producers Association (WIFPA) and Indian Motion Pictures Producers Association (IIMPA) for non-payment of her dues.

The CEO of Ullu App, Vibhu Agarwal has accused her of misconduct during the shoot with actors and of not completing the project timely. The quality of the project was not up to the mark and payment was also not done to the actors and makers.

Now, as per the latest development, actress Satarupa Pyne has allegedly filed a complaint against Roshan Garry for harassment and non payment. Satarupa was roped in to play a role in D-Code and was asked to wear sleazy clothes on the set.

The Calendar Girls fame actress spoke to Spotboye and revealed that Roshan is a difficult person to deal with and it was a horrifying experience shooting for the project.

Over non payment issues she shared, "She did not hand me over my contract paper and made sure that it doesn't reach me until the shoot got over. In spite of asking time and again, I was told that they will hand it over to me on the last day of shoot. I was expecting a call for the last day’s shoot. But when I didn't receive the call, I tried to reach out to Roshan and her assistant Puja.

They didn't take my calls and Puja replied that they are not interested in shooting further with me. It's been about ninety days (three months) and I haven't received my payment, despite making repeated calls. Hence, I filed a complaint at the Oshiwara Police Station for cheating me with my money, not paying my dues on time and misconduct.

The cops called her several times in front of me, but she refrained to attend their calls as well. Lastly, I was told that if by 25th of this month, I don't receive my payment, an FIR will be lodged against Roshan at the same police station."

Watch out this space for further updates.

Ronit Roy Responsible For 100 Families During Pandemic; Speaks About ...

Piyush Sharma Clarifies He is not part of any Ullu App or MX Player ...