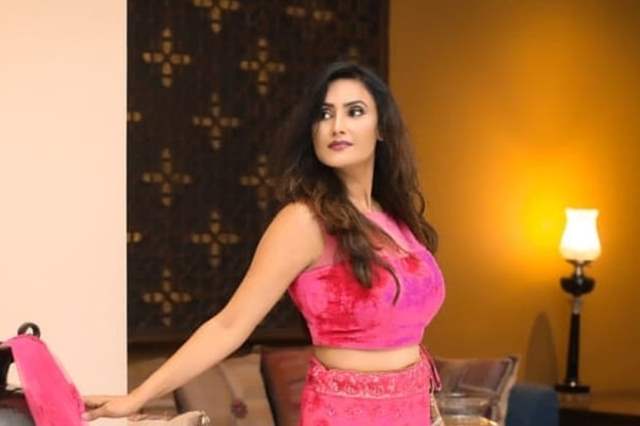 In times where being a part of a hugely successful show and even leaving a huge mark with it is a feat in itself, having the chance to be a part of the second season of the same show and that too in a different character entirely is a rarity. That is what will be happening with actor Sapna Sikarwar.

The actor was the parallel lead in the surprise hit, May I Come In Madam a few years ago, and now that the show is getting a second season, she has been roped in for the same too.

While she played Sandeep Anand's wife in the first season, this time, she will be seen playing actor Anup Upadhyay's wife, who incidentally was also a part of the first season. Of course, she won't be a part of the trio in question (husband, wife, and female boss) but she does have an entirely new character to portray.

Confirming the same with Bombay Times, Sikarwar said, “Yes, I am a part of the show. It’s a very different character and there is a lot of scope for performance. I can’t reveal too much about my character at this point, but it will certainly strike a chord with the audience. She isn’t just limited to being a wife. It’s a dabang role and I am really excited about it.”

While the show is all set to begin shoot from Thursday with her, she opened up on shooting in the new normal saying, "Earlier, we would be excited about going to the set, but today, there is a bit of anxiety and fear. Having said that, we can’t stop working. How long can we sit at home, waiting for things to return to normalcy? We will have to step out keeping all safety precautions in mind, not just for ourselves, but for others as well. My producers are extremely concerned about providing us with a safe atmosphere on the set. We are served kadha and hot water frequently. Woh hamaara bachhon ki tarah khayaal rakhte hain (They take care of us like children).”

Coming to the new trio in question, Rajesh Kumar, Divya Drishti and Sucheta Khanna will play the roles of male lead, his boss and his wife respectively.

Anup Upadhyay roped in for 'Excuse Me Madam'

Juhi_04 1 months ago This is a miscast. Instead of giving Sapna as wife's role and Sucheta as Anup's role they have exchanged the roles.