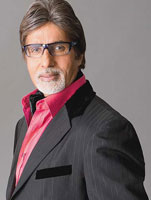 Featured Video
movie 'Ashoka' that starred actors Shahrukh Khan and Kareena Kapoor in lead roles. Well if 'Ashoka' was a legend so was his son 'Kunala' when such is the case then how is it possible that our Bollywood explorers won't tap it?


Yes Bollywood is all set to make a film as 'Legend of Kunala'. Kunala was the son of king Ashoka and not many know about it.


'Legend of Kunal' is a story when in his old age, king Ashoka seems to have come under the spell of his youngest wife Tishyaraksha. It is said that she had got his son Kunala, the regent in Takshashila, blinded by a wily stratagem. But the official executioners spared Kunala and he became a wandering singer accompanied by his favourite wife Kanchanmala.

In Pataliputra, Ashoka hears Kunala's song, and realizes that Kunala's misfortune may have been a punishment for some past sin of the emperor himself and condemns Tishyaraksha to death, restoring Kunala to the court. Kunala was succeeded by his son, Samprati, but his rule did not last long after Ashoka's death.

The film is produced by ABC. Ltd and will star 'Fashion' famed actor Arjan Bajwa  playing the lead role 'Kunal' while actor Amitabh Bachchan will be playing 'Ashoka.'