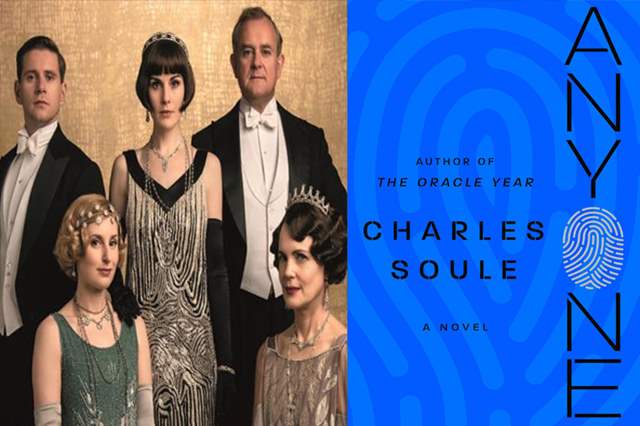 The producer of Downtown Abbey, Carnival Films has now acquired the rights to adapt author, Charles Soule's latest novel, Anyone. Soule is a best-selling author who also wrote Daredevil and She-Hulk.

According to The Hollywood Reporter, the novel will be adapted for TV, with Soule acting as executive producer alongside Carnival’s Gareth Neame, Nigel Marchant, and Joanna Strevens.

Set to be published in December by Harper Perennial, Anyone focuses on a brilliant female scientist who when searching for an Alzheimer’s cure throws a switch and creates a technology that allows for the transfer of human consciousness between bodies. Over two decades later, the technology transforms society, from entertainment and travel to warfare, wreaking havoc across the world.

"Anyone is a story about having, losing and seeking identity and connection," said Soule. "I think its themes will resonate strongly in today’s world, and I am thrilled and proud to be working with Carnival to bring the novel to television. They struck me as terrific partners from the first conversation, and I have no doubt we’ll make something amazing together."

Added Marchant: "Charles has created a rich and thought-provoking world of infinite possibility and explored it with the greatest of humanity. We thoroughly look forward to working with him to bring this magnificent novel to screen.”

The series will be produced by Carnival Films and distributed by NBCUniversal Global Distribution.

Ramayan: Debina Bonnerjee refuses to tie the knot with anyone except ...

Shaheer Sheikh has a message for anyone who has been finding it ...

Aamir Ali opens up on his upcoming series Naxalbari; says, ...
5 minutes ago

‘French Biriyani’ Director Reveals His Unique Technique and ...
11 minutes ago

Vir Das opens up on debuting in an unscripted homegrown ...
17 minutes ago

Janmashtami 2020: Urvashi Rautela wishes for good health and ...
26 minutes ago