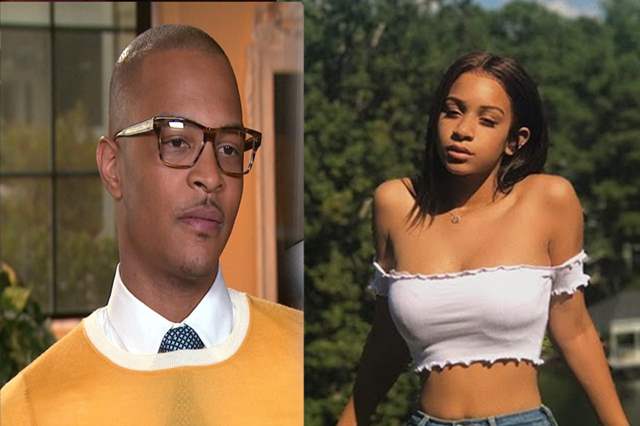 The past couple of days have been about how rapper T.I. aka Clifford Joseph Harris Jr. went on to make 'disgusting' comments about her daughter, Deyjah Imani Harris' gynecologist's appointments to 'check her hymen.'

Even though post the comments, Imani Harris hasn't made a public statement about it, the celebrity has unfollowed her father on Instagram. Not only that, she even liked a series of tweets that called her father's actions as 'disgusting', 'possessive', and 'controlling.' Further, she tweeted 'I loveee yallll.' and received immense support from the fans.

According to Hollywood Unlocked, Dejah also isn't following Tiny or Zonbnique Pullins. For the uninitiated, T.I. made the controversial comments during an interview for last week's Ladies Like Us podcast. When asked if he'd had the "sex talk" with his daughters, the "Whatever You Like" star replied, "Have I? We go...Deyjah's 18, just graduated high school, now she's attending her first year of college, figuring it out for herself. And, yes, not only have we had the conversation...we have yearly trips to the gynecologist to check her hymen."

He then went into detail about a specific visit that took place after Deyjah's 16th birthday.

"Right after the birthday, we celebrate...usually the day after the party. She's enjoying her gifts. I put a sticky note on the door: 'Gyno, tomorrow, 9:30,'" he said. "We'll go and sit down, and the doctor will come and talk, and you know, the doctors maintain a high level of professionalism. He's like, 'Well, you know, sir: In order for me to share information...' I say, 'Deyjah they want you to sign this...so we can share information. Is there anything that you would not want me to know?'"

He also recalled asking the doctor to "just check the hymen please and give me back my results, expeditiously."

After hearing the remarks, several celebrities, including Chrissy Teigen and Iggy Azalea, took to Twitter to share their thoughts.

"Really I wish the women who interviewed him would have said something to him," Azalea wrote in a since-deleted tweet. "He has serious control issues with women in all aspects of his life and needs therapy."

Shashank Vyas unfollows accounts on Instagram, calls it his way of ...

Maanvi Gagroo mocks filmmaker R Balki as she hits back at for his ...

Hilary Duff Addresses "Disgusting" Accusations Made On Her

Meena_J 9 months ago All this was a publicity stunt to remain in the social media by sparking controversy, no offense. The woman who interviewed shouldve just shut his ass up when he talked about her hymen being checked by the OBGYN. Good thing his daughter is going against him but I think they are all doing this to gain publicity by sparking controversy on a serious topic.