Tamil film 'Aegan' is supposed to be a remake of the Hindi blockbuster 'Main Hoon Naa'. But, many changes have been made to suit Tamil tastes and the image of the matinee idol Ajith.

Ajith plays a cop who, disguised as a student, is sent to guard a superior officer's daughter from an underworld don. How he succeeds in his mission is the long and short of 'Aegan' - translated into English by the star's fans as 'one-man-army'.

While Shah Rukh Khan played an army officer in the Hindi original, Ajith plays a police officer as it obviously suits the present trend in Tamil films.

Shiva (Ajith) a CID (criminal investigation department of the police), is on a mission to safeguard a college student (Piyaa) whose father (portrayed by Devan) is a key link to a business tycoon with underworld links (Suman).

In the college, Shiva falls for a beautiful lecturer played by Nayanathara.

The snide remarks by younger characters playing students making fun of an 'elderly' Ajith as 'uncle' is a bit offbeat because the movie star's fans are accustomed to seeing him in more youthful roles.

Ajith pokes fun at himself as well, pointing to the slight bulge in his midriff.

The family drama linking Piyaa with a guy of the same college (played by Navdeep) forms the emotional anchor to the story that follows the predictable climax in which the villain is finally laid low.

The India-Pakistan link, shown so successfully in the Hindi original, has been completely avoided in 'Aegan'. Ajith is agile but no patch on Shah Rukh Khan.

Choreography by Raju Sundaram and sibling Prabhu Deva is excellent.

While Piyaa and Navdeep are passable, the show-stealers are Nayanathara (thanks to her curves) and Jayaram (playing the bumbling college principal provoking quite a few laughs).

Yuvan Shankar Raja strikes the right chords with his music. The cinematography (credits shared by quite a few) is breathtaking.

Overall 'Aegan' is an adequate remake of a hit. Ajith is certainly on to a winner since he hardly has any competition during this Diwali. 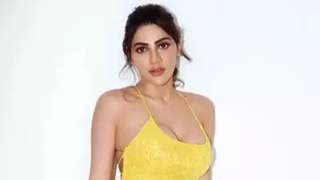 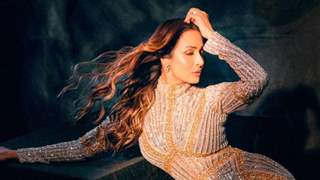