Adita Wahi who played the vamp with utmost ease in Saarthi is back to the grind of daily soaps with Sahara One’s Mata Ki Chowki, produced by Swastik Pictures. 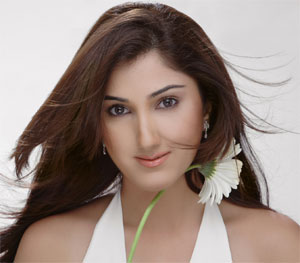 Featured Video
“It’s been a gap of 3-4 months since I was away from the daily soap scenario. After Choona Hai Aasmaan, I had taken a break and it feels good to be back”, quotes Adita.

Adita will again be seen as an antagonist in the Sahara One show. “I play Natasha in the serial; I will literally give sleepless nights to the protagonist and with my entry, there will be a love triangle formed”, quips the actress. Adita unlike Saarthi will be seen adorning western dresses.

Adita took part in the LA festival where she did a short film. While she was on a creative high, she got this offer and grabbed it with both hands. “Mata Ki Chowki is the #1 show on Sahara One and has been accepted very well by the audience. It feels so good to be part of a show which is doing well”, states a jubilant Adita.

Adita will be making her entry on September 9th..

gaurv420 13 years ago great look forward to some twist was getting quite boring with the oldies-- need some glamour in the show ..

+ 5
13 years ago thanks:-]]
she is a greattt actressss her acting is good!!!
wish her all the best with mkc:):P
now there'll be soooo mannnyyy opp vaishnavi she need to cope up with alll of them!

girl power 13 years ago whatever u say i think she will rock! positive or negative she will surely be adding to the masala in the show-- plus i love her acting-- she can be sweet and sexy at the same time..

+ 3
13 years ago She's undoubtedly going to be another vamp in the show - sighs! :(
That's already three of them not including the male villains ofcourse!