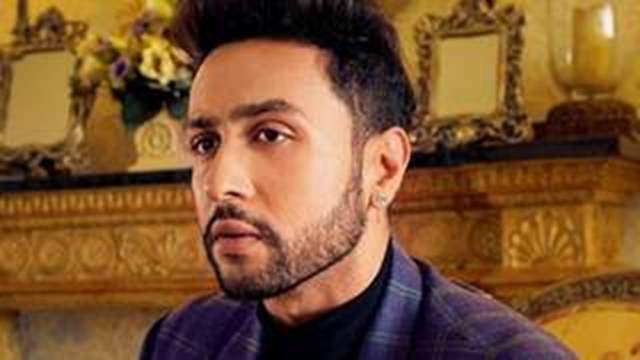 Actor Adhyayan Suman has suprised his fans with his performance in the latest web series Aashram, also starring Bobby Deol as a godman.

In Aashram, Adhyayan plays Tinka Singh, a rockstar addicted to drugs and talks to us about how he made sure that the audience does not consider it as a copy of Shahid Kapoor's character in Udta Punjab. Well, it's safe to say that the actor has done a good job as appreciation keeps pouring for him from all corners.

While Adhyayan states that "Drug abuse is prevalent in every corner of the country", he counters Ranaut's statement as he says:

"When you say that the entire industry is doing drugs so we also have actors like Akshay Kumar who is so fit and doesn't do drugs, we have Vidyut Jammwal and Varun Dhawan, who I've never seen doing drugs. There might be a lot of television stars that might be hooked to drugs but there's also a Bengali film industry, Tamil film industry, Telugu film industry. So are you trying to say that every person from these industries does drugs? I don't do drugs, I say it openly."

Watch the interview where Adhyayan talks about his experience with a Godman, Tinka Singh, Kangana Ranaut's drug comment, and more:

Adhyayan also speaks about his personal experience and shares that sometimes people indulge into drugs to become a part of groups and filmy parties.

He says, "I've been a part of those parties and I've seen it all. So now I've consciously decided to not do them. I've seen my friends do drugs and stay up all night for parties. I was worried for 2-3 of my friends because I thought they will have to go to rehab or they will die."

Adhyayan adds, "What I find wrong is when a person who is doing cocaine tells another to do it so that they can become friends. I've seen many people join groups in the industry to only get their work done which leads them to such bad habits. They get addicted and it becomes difficult for them to come out of it. You shouldn't influence other people to do drugs because it also affects their families and friends."

Referring to the viral 2016 interview, the actor says:

"I've even said in an earlier interview that I've done hash 2-3 times or I was made to do it. But I no longer want to discuss it because it's taken me 9 years to get out of it but since it's an important topic in our society I'd just like to say that drugs exist in every corner of the world and we should ban them."

Meanwhile, Adhyayan Suman has also released a tribute to late actor Sushant Singh Rajput featuring himself in a new version of the song Jab Tak from MS Dhoni- The Untold Story (2016).

TheLostWriter 4 months ago @basherz - apparently you want to do selective on your thoughts. Keep it up won't take you far though. I stayed in Indian on Visa (which can be extended without any issues). I am US Citizen. Get your 16 years kid facts right.

TheLostWriter 4 months ago he should know that Akshay Kumar has given his indian citizenship off. He is canadian resident.