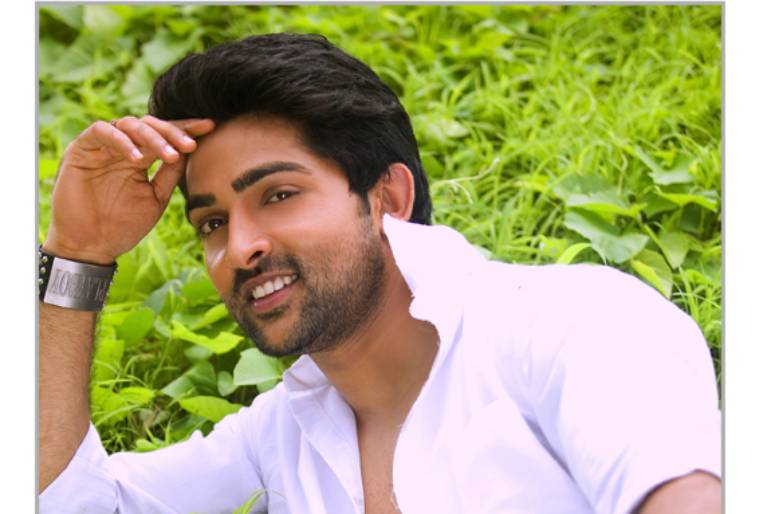 Adhvik Mahajan, who plays the role of Madhav in Paperback Films' Meri Durga, talks about his career decisions, the necessary mandates to become an actor and what he plans to do next.

What is the kind of response you have received for the role of Madhav?

The response has been amazing from my fans and friends, who have been really kind about my performance and loved it. They say that they can see a fresh and changed look from my Bani - Ishq Da Kalma days. My track just finished as the show is taking a leap.

You had played the main lead in Bani, so wasn't it a difficult decision to take this role?

It was not a difficult decision at all. I was well informed by creatives that I will be the solo male lead in the show till the time show takes a leap and it has been an amazing experience.

Is having six-packs necessary for an actor? Express your views.

Not at all. You need it only if it is a character requirement. But being physically fit should be the responsibility of any leading actor or actress as many people look up to us and get inspired.

Are good looks necessary for a TV actor? Comment.

Good looks or bad looks are purely subjective and depends on a person's perception. Every face or person has a distinct character and personality. Looks should be good enough for a particular role that we have been chosen to perform for.

The competition in the TV industry has increased. For one role, there are so many actors competing. What do you have to say about that?

Competition has always been there and it will go on increasing. But I think it's really important as it keeps us on our toes and motivates us to work even harder in all aspects. Also, there has been a substantial increase in a number of Hindi films, regional cinema, television shows, web shows, advertisements, digital content etc. being made which means the demand for actors has also increased considerably.

What changes do you find in the television industry since your Bani days?

It has been only a couple of years that Bani went off-air, so there are not many changes that I am aware of in the television industry. Just that few more channels have come up with new shows and also the digital medium has really picked up in a big way providing more opportunities for actors and technicians from the film and television industry.

What are the two strengths of your show, Meri Durga?

Though there are many, two of the best would be - Meri Durga is based on the backdrop of a relationship between a father - daughter and their struggles, and that it's backed by the expertise of a super talented creative force, Mr. Ravindra Gautam.

How is your experience working with Paperback Films?

It was superb working with Paperback Films. They delivered what they promised in terms of the character graph that was designed for my role, so I am satisfied. I would love to work with them again. Infact, they are doing really well, considering that they are producing a project for the first time. My best wishes are with them.

How was it working with Rishina Kandhari?

I met Rishina in Meri Durga itself and I must say she is a super chilled-out person, always in high spirits, full of positivity and warmth. Unfortunately, we didn't have any scenes together but I found a new friend in her. Hopefully, I will shoot with her in future.

You started with theater, progressed to doing Hindi, Tamil, Telugu cinemas and then took up TV. What next?

I have been lucky to have worked in all mediums whether it is theater, Hindi or regional movies, or TV. My focus has always been on the role, the scope of performance and the medium it is on. Also, I have recently completed the shoot of my next Hindi movie which is scheduled for release in October. Apart from that, I am waiting for some new exciting opportunity to come my way.

Renu111 6 years ago yes last few years marathi cinema grows...and the main factor of marThi cinema is the story the content...agree wid u and the problem if theater is also there so many cinemas cant reach to the root level ppl..
qaiting for ur next marathi release...lai bhari...

spsharmila 6 years ago Marathi cinema which was progressive content wise, had been reduced to pathetic state for many years...but of late, may be for last 5-6 years, things have changed for the better..looks like Marathi cinema will reach its former glory soon !!