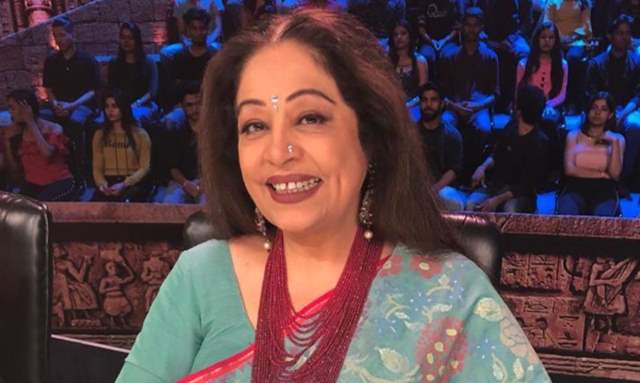 Actor and Bharatiya Janata Party (BJP) member Kirron Kher, is reportedly suffering from multiple myeloma, a type of blood cancer, and is undergoing treatment in Mumbai’s Kokilaben Hospital. Her colleague and Chandigarh BJP president Arun Sood revealed the same in a specially-convened press conference on Wednesday and mentioned the latest test reports reveal that cancer has "receded from her arm and shoulder," reported Hindustan Times.

"She had suffered a broken left arm at her Chandigarh house on November 11 last year. After her medical tests at Post Graduate Institute of Medical Education and Research (PGIMER) in Chandigarh, she was diagnosed with multiple myeloma. The disease had spread to her left arm and right shoulder. For treatment, she had to go to Mumbai on December 4," Arun Sood said in a press conference on Wednesday.

Sood further added that she is recovering after her four-month treatment and no longer admitted at Kokilaben Hospital, Mumbai, and the 68-year-old actress-turned-politician has to visit the hospital regularly for treatment.

The recent news comes as a grave shock for Kher’s fans and many are praying for her well-being.

Kirron Kher left behind Congress candidate Pawan Bansal in 2014 and was elected to power for the first time. In 2019, she again defeated him and retained her seat in Chandigarh.

For quite some time, Kher was away from showbiz and politics and was even criticized for her silence in various party matters. This is reported to be the reason for Arun Sood to issue a statement and the veteran actress has also not been active on social media.