View Profile
BollyCurry is back once again with another entertaining feature. This time we have brought you an article on Bollywood's well followed, multi-talented divas! Divas who are not only high class actresses but have also proved themselves to be good singers - when the time called!
Kareena Kapoor
Apart from being ranked as one of the top actresses, Kareena Kapoor, unknown to many, has also play-backed herself in one of her very popular films. Starting off her 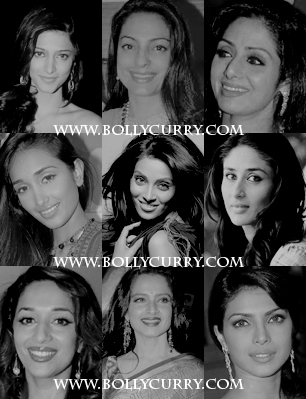 singing career with an unofficial song in Kabhie Khushi Kabhi Gham (2001), Kareena had lent her voice in the song "Rasiya" from her successful film Kurbaan, where she starred opposite beau, Saif Ali Khan. The song might have not managed to top certain music charts, but Kareena's smooth and sharp voice did make us think that she could carve a niche for herself in the music industry as well!
Sridevi
The versatile actress of her times, Sridevi has also tried her hand at various dance numbers of the times gone by. She sang for the first time back in 1989, when she gave her voice to the beautiful song "Chandani, O meri Chandani" for the super-successful film Chandani. She has also lent her voice for various tracks in films like Kshana Kshanam; Garajana and Sadma. Who do you like better - Sridevi the singer or Sridevi the actor?
Rekha
The queen of Bollywood, as she was previously entitled, along with being a brilliant actress has also lent her voice for numerous tracks. First of them being "Saare Niyam Tod Do" from her movie Khubsoorat. After that, Rekha voiced herself in numbers for films like Ek Naya Rishta and Agar Tum Na Hote. The timeless beauty did an exceptional job in the field of acting, there's no denying that - but don't you think, she could have also sufficed in Bollywood if she were a singer? What say?
Priyanka Chopra
Paving off with her husky and attractive voice, Piggy Chops can emerge as a seriously good singer as well. Starting off with a song for her not-so-successful flick Barsaat - A Sublime Love Story, Priyanka's smooth and melodious voice seemed to do all the justice to the soft track. She's only sung in one song officially as for now, but she's been seen humming the soulful "Tinka Tinka" from Karam at various occasions. Versatile acting or versatile voice, Priyanka seems to top all - don't you agree?
Madhuri Dixit
With exceptional acting skills and extra-ordinary dancing ones, this diva, err, this eternal diva possesses a voice to die for. With the clarity and appropriate texture in her voice, Madz doesn't stay behind in this department too. She first sung, rather voiced for a track "Kaha Ched Mohe" from Devdas which was written in a prose from where Madhuri had to rhyme some words, a feat she surpassed exceptionally well. Back in 1998, she sang a track for the film Wajood. Seems like Madhuri wanted to try her hand at every field...and the consequences aren't bad. Not bad at all!
That was the first installment of the divas who have not only captured millions of hearts with their splendid acting skills but have also done a great job in the department of singing. Who was your pick? Make your votes count...until the next time!