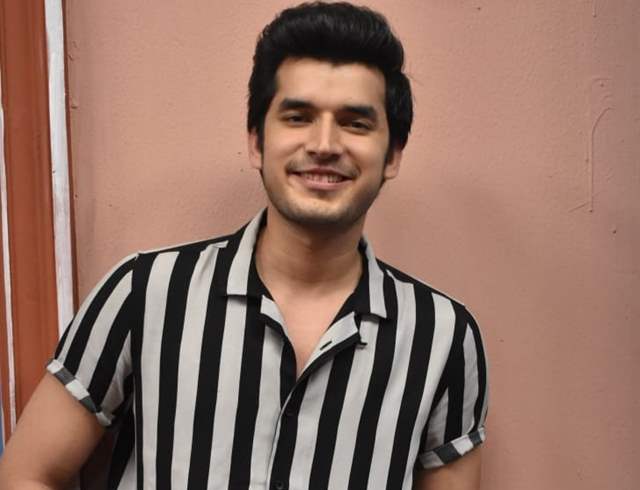 Paras Kalnawat might be getting good reviews for his acting in his latest project but the actor is already trying his hands at other things. Paras recently posted some poems written by him on his social media handle and the actor now plans to take his writing skills further. “I started writing poetry and other stuff just a year ago, and during the lockdown, I actually wrote a lot of poems,” shares Paras, who is presently seen in Rajan Shahi's Anupamaa on Star Plus.

He adds, “No one in my family has a flair for writing and it is surprising that I suddenly developed a liking for it. I mainly write in Hindi only but yes I do use some Urdu words in my poetry. In fact, these days I also improvise a lot of my dialogues in the serial. Plus, I am also writing my own version of the iconic song Bade Acche Lagte Hai. Till now I have written two paragraphs of the song and soon I will complete the lyrics.” The actor adds, “I observe things and situations around me and then accordingly I pen those things in the form of poetry. Take, for example, I wrote a lot of stuff on the on-going lockdown and the people suffering because of it. Those who read my penned thoughts suggested me to write a book, to which I have given a thought but that will take a lot of time.”

“I was always good in Hindi but I kind of got attracted to Urdu when I was doing my last serial Mariam Khan Reporting live. I then started searching a lot of Urdu words and their meanings and usage,” he shares.

So does he plan to take up writing professionally now? “Yes, I do. In fact, it's not been many days since I have started posting my poetry online and I have received a good response from people. A friend of mine, who is a singer, contacted me to write some good lyrics for her next song. So let's see how far can I take this.”  Paras' character of Samar Shahi is appreciated a lot by everyone and the youth quotient is working in his favour.

Vanraj can break Anupamaa's ghunghroo, but not her courage