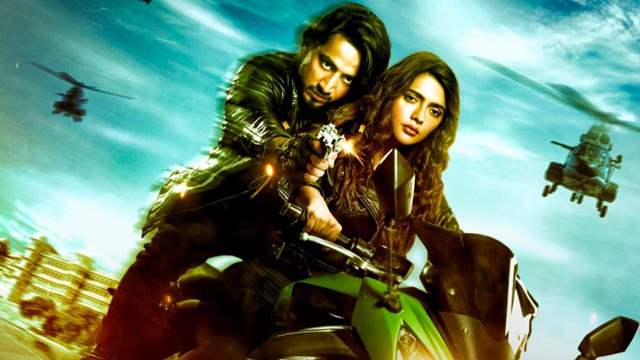 With their power-packed on-screen presence, Mr. Faisu (Faisal Shaikh) and Ruhi Singh come together in the youth action-thriller franchise, Bang Baang – The Sound of Crimes. Bang Baang is full of action laden scenes and performances and, is set to be one of the biggest and best series this year. The series's intriguing trailer had the fans in awe, and now, the much-awaited series  released on January 25, 2021,

Bang Baang features popular digital creator Faisal Shaikh playing an innocent man who must try and save himself from being wrongly accused. Pairing up with him is actress Ruhi Singh, who plays the role of a brave cop who is willing to go to great lengths to serve justice. Ruhi Singh, who has learned martial arts, can be seen kicking and punching the teaser's evil goons.

From the posters to teaser and trailer, the glimpses- be it Faisal Shaikh's entry on a bike or Ruhi Singh capturing the audience's heart with her hard-hitting punches, the show created quite a storm ahead of its release today. Quirky dialogues like, "Punch ke pehle punch line" and "tere pas gun thi toh mera punch kyu waste kiya", also offers to leave the public in splits.

The action genre series is high on energy and has action-packed scenes in abundance. The actors' performances indeed had the fans waiting for the release eagerly. We are sure that the adrenaline rushes while watching it is going to the best thing, making it an entertainment extravaganza.

'Bang Baang' is set to be an extravaganza for the quintessential action lovers. The original web-series involves mystery, suspense, dhamakedaar action, and youth drama loads amidst deep-lying secrets that unravel one by one. Produced by Akshay BP Singh and directed by Shraddha Pasi Jairath, Bang Baang streams on ALTBalaji and ZEE5.

a month ago Seriously ? Kitne mile ye article likhne ? Everything about the show is BAD