Debutant director Arun Vaidyanathan has got his basic premise right by choosing a strong theme -- sexual abuse against children. But he hasn't translated the concept into an absorbing experience on screen. The culprit, as usual, is the screenplay, which has more style than substance.

Senthil Kumar (Prasanna), an executive in New Jersey, US, is leading a happy life with his wife Malini (Sneha) and child Rinku. The happiness is marred by some stray incidents that scare Malini. Senthil rubbishes them, as they are insignificant.

Here enters a painter Robinson (John Shea) who's basically a psychotic person interested in child abuse and sexual harassment. The couple, unaware of his darker side, completely trust him. He slowly makes his moves to get hold of the child.

Meanwhile, the wife conceives and Senthil takes her fears seriously. He sets up an alarm system in the house and takes more care to make her feel at ease. But one day he finds something seriously wrong. How he saves his family from the clutches of the psychotic child abuser forms the climax.

Vaidyanathan has to be applauded for choosing a sensitive theme. He has also presented the film neatly without any gimmick. He hasn't resorted to cliched sentiments to show a happy family. But the way he handles his theme leaves much to be desired.

The award winning movie (Best Homegrown Feature Film award at the Garden State Film Festival in New Jersey in April) presents us some documentary like sequences that show us the life of the young NRI couple.

The presentation is neat. But why does the director need to tell all these things instead of getting us into the movie? The screenplay takes its own time to come to the subject and when it finally does, it has been ended abruptly with a short and forceful fighting scene.

The newspaper clippings being shown at the end tell us how children are affected by abuse. But one wonders why Vaidyanathan hasn't tried to bring the issue into his narrative. Does the filmmaker feel that the clipping would do a better job than his narrative?

The movie disappoints big time, as it hardly handles the subject. Instead, it tries to present us a thriller without any thrilling elements.

The way he depicts Robinson to make him look like a psychotic looks funny to say the least. A child abuser doesn't need to be a psycho and he doesn't need some bizarre practices in the name of exercise. Vaidyanathan has unfortunately restored to the cliched Kollywood way of depicting a different kind of villain.

Performance wise, Prasanna and Sneha have stuck to their brief and delivered competitive performances. They look credible as NRI Tamils in the US. To be fair to them, we have to mention that they have not been offered any challenging role to leave a mark. John Shea is quite impressive in a psychotic role.

Karthik Raja has delivered a couple of melodies while the background score by Martio is apt.

'Acchamundu Acchamundu' has a good concept on paper. But it fails to impress, as the screenplay lacks excitement. The movie has come out as a docu-fiction on the lives of NRI young couple dealing with sexual abuse against children rather than a thriller.

Vaidyanathan has to be applauded for bringing a technical revolution to Tamil cinema by using the Red One camera in the film. 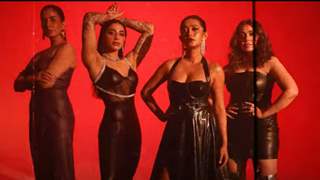 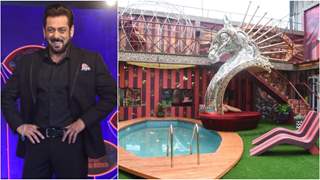 Bigg Boss 16 house reveal: The show brings a world of fantasy and fun ...