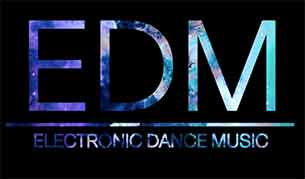 Electronic dance music (EDM) is all about dazzling audio-visual experiences featuring thumping rhythms and pulsating lights, but the final day of Vh1 Supersonic ended with heartfelt emotions when Tony McGuinness of English dance music group Above & Beyond concluded the festival with his spiritual performance.

The inaugural edition of the EDM fest ended here Monday night with classic tunes by McGuinness that propelled the music lovers to groove together and feel the calmness of music that was kind of "group therapy" for many.

"I would have missed the serenity of music had I not been here. It's like rejuvenation for me," said 32-year-old Samuel D'Costa, who is a fan of the group.

The spiritual performance by Above & Beyond was certainly a fitting end to a festival that focused on bringing people from different parts of the country together to celebrate dance music's unmatched power.

The first ever Vh1 Supersonic brought fans from India and around the world a spectacle that spread over the three stages: the main stage Sub Sonica, the leviathan Spectrum and the edgy Labratoire Supersonique.

A little known fact was that it was all put together in just three weeks. Conceptualised by Live Viacom 18 and Nikhil Chinapa, the festival took on their shared ideals - friends and family.

Naagin 5: Veer to return to destroy Bani and Jay?
7 minutes ago

Jaya Saha to be Arrested by the NCB Soon: Report
48 minutes ago