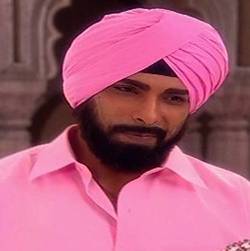 Tellybuzz earlier had reported about SAB TV's upcoming show Ammaji Ki Galli, where the story is all about a few families residing in a Galli with each having a story to tell but with a common link to Ammaji who has a secret of her own.

Names like Farida Jalal, Rakshandha Khan, Zia and Zaynah are reported to be associated with the show and the latest we hear is that Abir Goswami, last seen in Sony TV's Adaalat, will be seen in Ammaji Ki Galli.

A source says, "Abir will be essaying the role of a typical Punjabi named Sumerpreet who is a genuine man who stays with his family in the Galli. But at the same time he is a person who always keeps falling here and there for a reason which he himself doesn't have a clue about."

We contacted Abir and he says, "I had initially done the pilot for the show but my confirmation is yet to come and hence, I can't confirm anything to you."

9 years ago lots of stars of Jaane pehchaane se ye ajnabi has been transferrred here. lavina tondon, the doctor who played the role of a doctor when he was injured in haveli had acted a sweeper in papad pol. others are also there.

btw,
Rakshinda and farida r also other attraction. i hope that the story will be an interesting one.