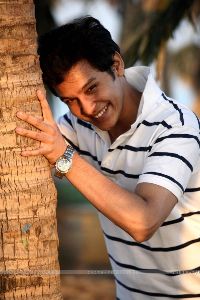 Sony TV's soon to be launched daily 'Dekha Ek Khwaab' looks powerful and interesting. The show which is loosely based on the novel 'Princess Dairy' will see Abhishek Rawat fondly known as Shekhar of Zee TV's Agle Janam Mohe Bitiya Hi Kijo playing the male lead opposite Priyal Gor in the show.

Talking about his character Abhishek shares, "I will be essaying the character of Akash, who is a self made man and has dreams to become big one day. Accordingly, he starts his journey and one day he gets what he wants. He stays in a chawl but is very ambitious and with his hard work he gets successful. Therefore with his hard work, he owns a flat and works at a shopping mall."

With a central character in hand, how does he make time for his other show Mann Ki Awaaz Pratigya? "Now I am comfortable doing both the shows at one time so managing both is not very difficult," confesses the actor.

Well Abhishek, we wish you all the luck for your new venture!

Sam_KaShian 8 years ago eagerly waiting for this show!!!!i love princess diaries!i hope it lives up to my expectations!priyal and abhi would look good 2gether!

justprati 8 years ago priyal is jst too cute...n its been long i havent seen any fairytale based show so will deffo watch this
sony is my fav these days

raheelu 8 years ago is he playing the lead?
well ...

shivani003 8 years ago Iam really looking forward to this show. I think him n Priyal would look cute together.

princessRock776 8 years ago congratulations Abhishek! best of luck to you! I knew you will be able to manage two shows:D

Bigg Boss 14: Abhinav Shukla and Rubina Dilaik to be a part ...
23 minutes ago

Aditya Chopra Pens a Heartfelt Note on '50 years of Yash Raj ...
a day ago