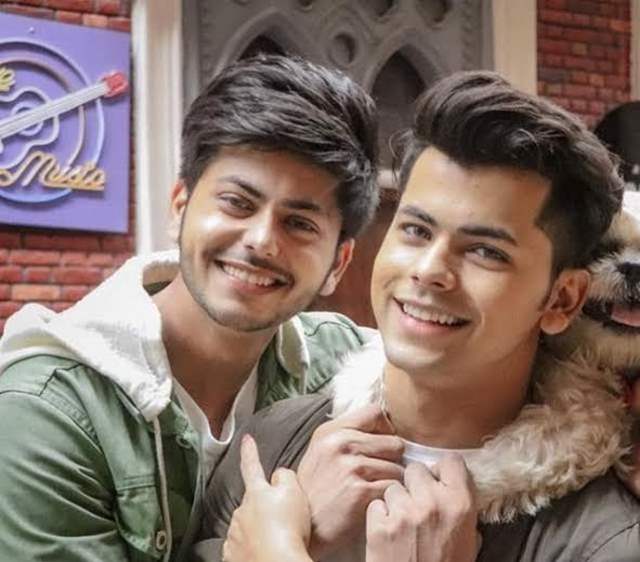 While actors Abhishek Nigam and Siddharth Nigam have made an amazing careers of themselves so far, they have had quite the trajectory to witness. While they have shared screen space once together, their actually dream of sharing equal screen space came true only recently as Siddharth agreed to do a cameo in Hero - Gayab Mode On which stars Abhishek in the leading role.

As we know that both have different styles too where Siddharth is more so known for his athletic style, gymnastics and doing his own action in a show. Talking about it with ETimes TV, he said, "Siddharth is a very trained person in gymnastics and his X- factor is basically he has got the culture of gymnastics and stunts in TV industry. He’s promoted acrobatics through his previous shows. In fact, when I started doing Hero: Gayab Mode On, I went up to Siddharth and asked him for a few suggestions. He taught me back flip and back Somersault. When we were shooting the promo of the show we were asked to jump and then kick. Our director came and asked Siddharth if he will manage it and he said yes. But I stood there laughing and told my director that please ask me if I will be able to do or not. I now know that it will become a ritual on the show that he will keep on doing kicks and flips and I will stand there thinking what to do (laughs)."

Abhishek also calls Siddharth his biggest critic and audience as well. "My biggest audience and critics if there’s any that is my younger brother Siddharth Nigam. Whatever we do in life we give each other a genuine feedback we don’t lie to each other. When Siddharth watched my show, I waited for his feedback because for me his feedback is most important thing. And in fact, whenever I go wrong he doesn’t hide he comes and tells me. But he came hugged me and very proudly supported the show and me. He praised my work. I felt on cloud nine that my hard work got it due. He has always helped. During the show even when he was not a part he would help me with stunts and acting skills," concluded Abhishek.

Lauren Gottlieb bringing Bollywood to Hollywood, one dance video at a ...